On April 29th, Germany’s Constitutional Court ruled that the country’s 2019 Climate Protection Act is in part unconstitutional and the judges ordered the legislature to draw up clearer reduction targets for greenhouse gas emissions for the period after 2030, and to do so by the end of next year. 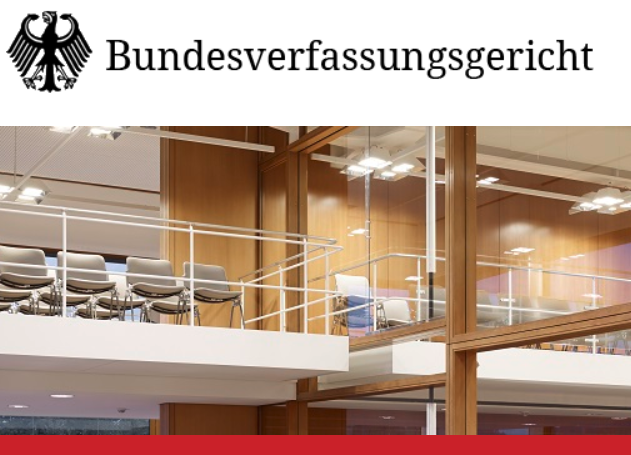 The judges ruled that the 2019 Act is too lax and that it thus denies the younger generations a humane future!

The complaint was originally filed by a group of nine mostly young people, who were supported by several environmental associations, including Friends of the Earth Germany (BUND) and Fridays for Future. They criticized the 2019 law, saying it did not go far enough to limit climate change. and thus it violated their fundamental right to a humane future. Surprisingly, the Court ruled in their favor.

Meanwhile, there’s been lots of backlash coming from the other direction since. Some are calling the Constitutional Court’s ruling unconstitutional.  For example, Jan Grossarth wrote an excellent article German news daily WELT on May 5, 2021, titled “The Doomsday Judges of  Karlsruhe”.

At the European Institute for Climate and Energy (EIKE), Dr. Günter Keil commented on WELT’s article by Grossarth who concluded the that the Court’s ruling is “a devastating verdict” with a frightening objective: “The re-education of the population to a supposedly climate-friendly lifestyle” and with it “coercive measures required to achieve this”.

EIKE’s Dr. Keil also criticized that the Federal Constitutional Court used as a basis only a single “opinion of the German Council of Experts on the Environment (SRU). Nothing else.”

The Court ignored that the science behind climate change is still very much in dispute.

Ignored there is no consensus

Here Keil mentions, for example, the great number of scientists who refute the idea there’s a climate emergency and that young people face an inhumane future. For example:

“The Federal Constitutional Court itself inadvertently criticized its own ignorance of the well-known massive scientific criticism of the CO2 theory with its sentence in its ruling: ‘If there is scientific uncertainty about environmentally relevant causal relationships, the Constitutional Law Article 20a imposes a special duty of extra care on the legislature.’ This court apparently feels it does not need to observe that due diligence,” Keil comments at EIKE.

There is unmistakable evidence of ongoing massive criticism of the doomsday theory, which makes it very clear: There is no consensus on this issue – only hard confrontation. And even a consensus would not be enough: Proof would still be lacking – and that by experiment repeatable by third parties. This very contentious debate )necessary and usual in science) now has a rather long history and its harshness so obvious that actually nobody can act clueless about it.

However, the court ignored all critical statements from the international scientific community and chose only the assessments of the SRU as the basis for its judgment. An incomprehensible, but also very significant omission. It is undoubtedly a deliberately wrong judgment, which is capable of causing immense damage to the country and especially to the future generations addressed. Now the Federal Constitutional Court would actually have to take care of the constitutional protection.

What would now be necessary is the dismissal of all court members. Preferably with the face-saving Japanese method of getting rid of failures in higher positions by appointing them – while continuing to pay them good salaries – as breakfast directors in subordinate authorities.”

German judges now have taken it upon themselves to rule on science and to form future policy. They need go back to interpreting and upholding the existing laws.