Browse: Home / 2021 / September / 06 / Until Recently Scientists Believed Climate Change Has Been Melting Antarctic Glaciers. Now They Do Not.

According to a new study, 36% of 1979-2017 Antarctic ice loss was from the Thwaites and Pine Island glaciers. Scientists believed this glacier melt was due to anthropogenic climate change “until recently”. Now they say the glacier mass losses are due to the thin underlying crust and anomalously high geothermal heat in this region.

“Until recently, experts attributed these changes to climate change”

The profound ice loss from West Antarctica’s Thwaites Glacier has by itself been responsible for about four percent of the global sea level rise in recent decades.

Possibly due to allegiance to “consensus” statements about anthropogenic global warming, it was still common for scientists to believe this glacier melt was due to the “warming” in Western Antarctica (that, as noted above, curiously disguised itself as cooling).

But a new study and its AAAS/Science press release throw more cold water on the notion that humans are driving ice melt trends in Antarctica, as “there is a conspicuously large amount of heat from Earth’s interior beneath the ice” in the very locations where the ice melt is most pronounced. 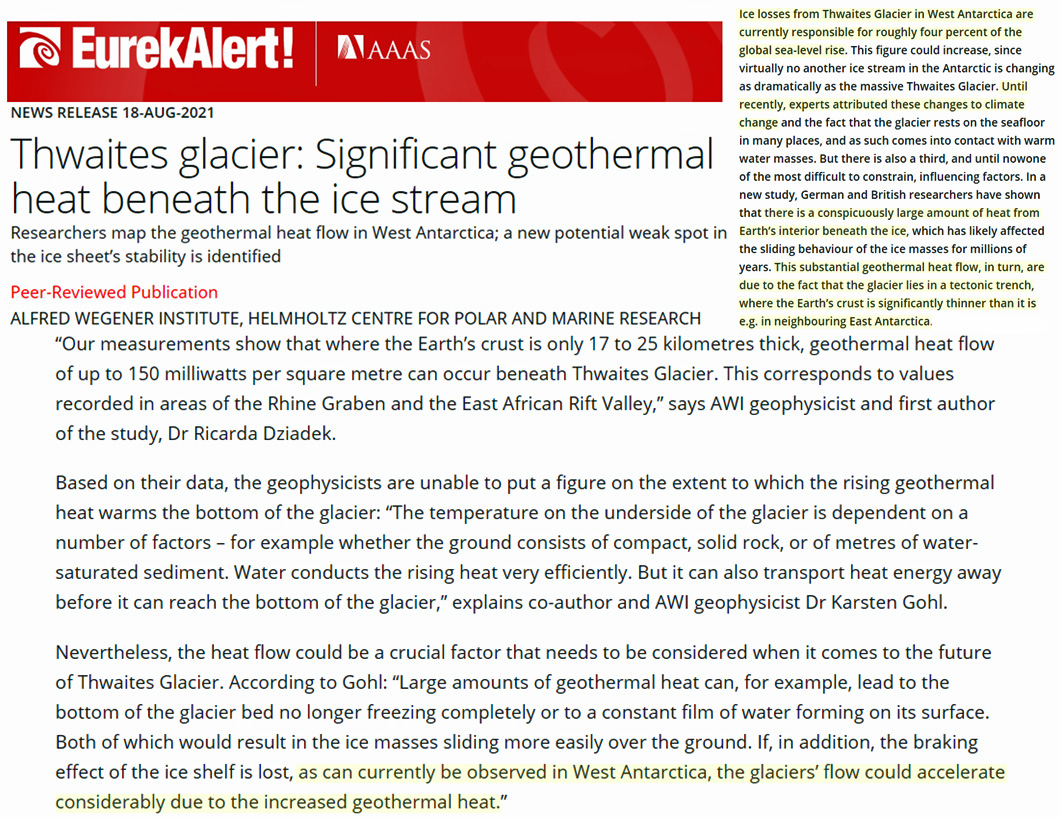 While the Earth’s crust has an average thickness of about 40 km, in the region of the Thwaites, Pine Island, and Pope Glaciers, the anomalously thinner crust (10 to 18 km) more readily exposes the base of this regional ice to 580°C tectonic trenches.

The “elevated geothermal heat flow band is interpreted as caused by an anomalously thin crust underlain by a hot mantle,” which is exerting a “profound influence on the flow dynamics of the Western Antarctic Ice Sheet.”

Yet another claim made by anthropogenic global warming enthusiasts has been interred by scientific observation. 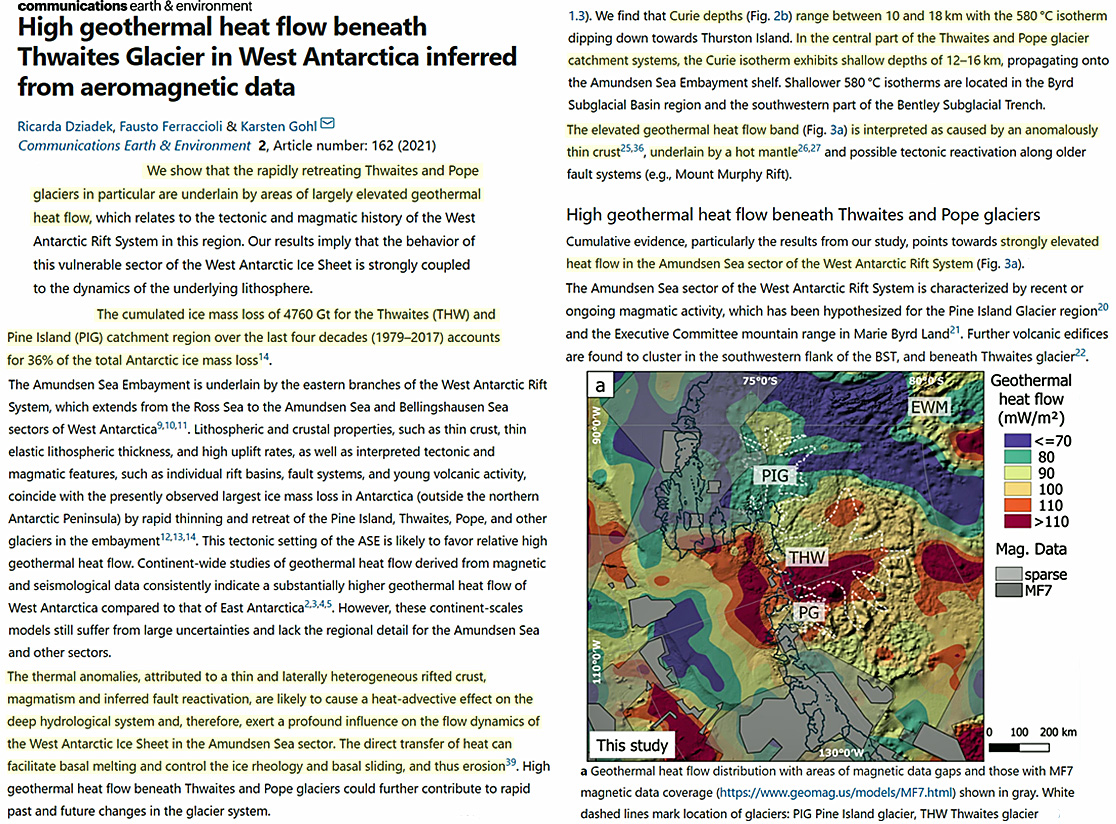 9 responses to “Until Recently Scientists Believed Climate Change Has Been Melting Antarctic Glaciers. Now They Do Not.”