The November and fall, 2021, untampered mean temperature data are in for Tokyo and its Hachijojima island  – no warming in decades!

Here’s the latest plot of November mean temperatures for Tokyo since 1988: 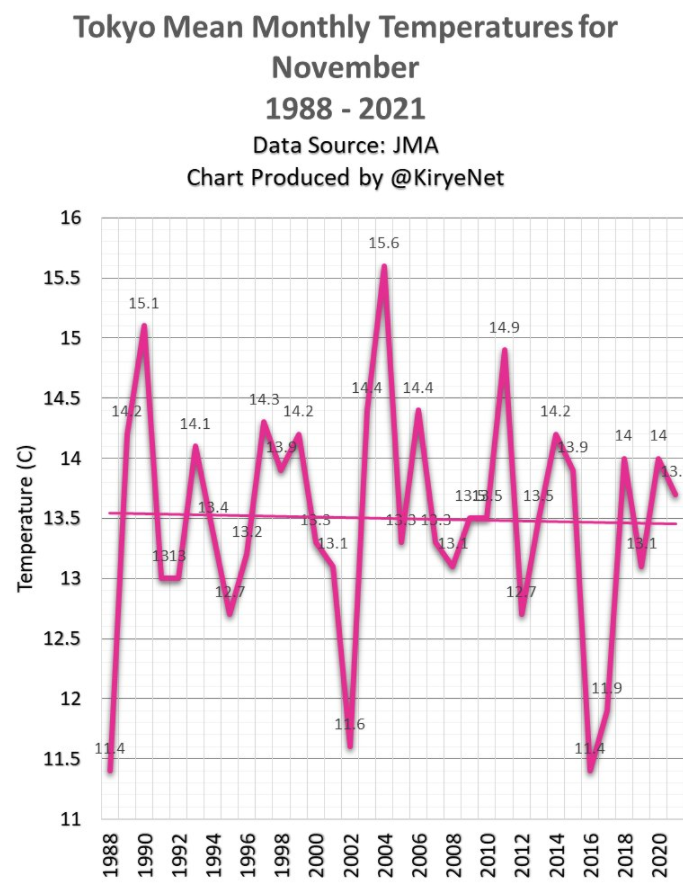 Over the past 33 years, November mean temperatures in Tokyo have been declining slightly, though not significantly. At any rate, there’s been no warming!

Next we look at the meteorological fall for Tokyo. Climate alarmism would have us believe that fall is getting warmer and thus squeezing out winter. 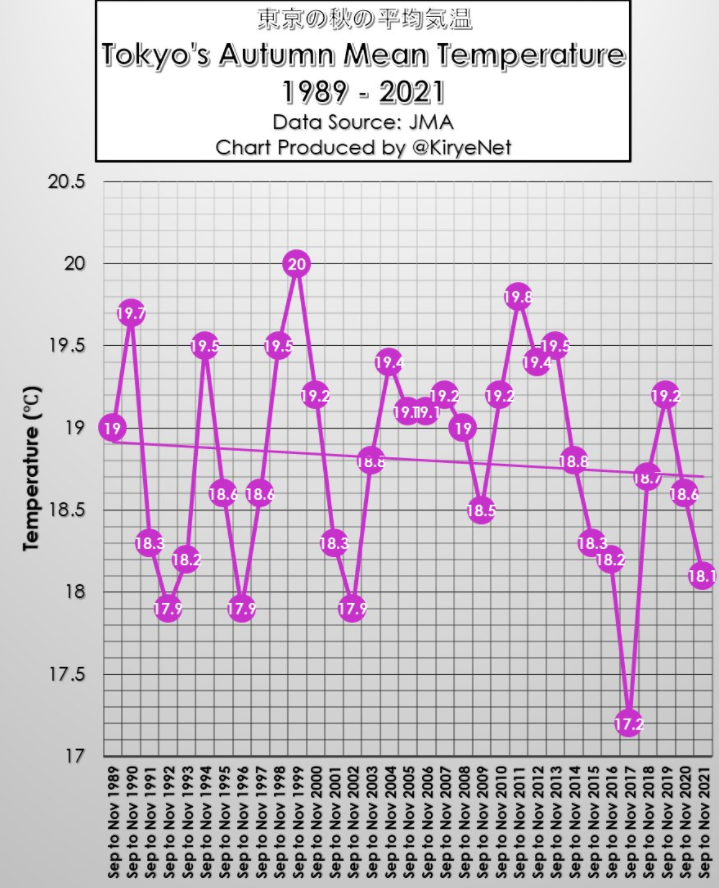 But that’s not the case. To the contrary, it appears as if winter is squeezing out fall a bit. Fall in Tokyo has been cooling since 1989!

Moving away from the urban heat island of Tokyo and over to the rural Pacific island of Hachijojima, some 275 km off the Japan mainland, we plot the latest November data going back to 1947: 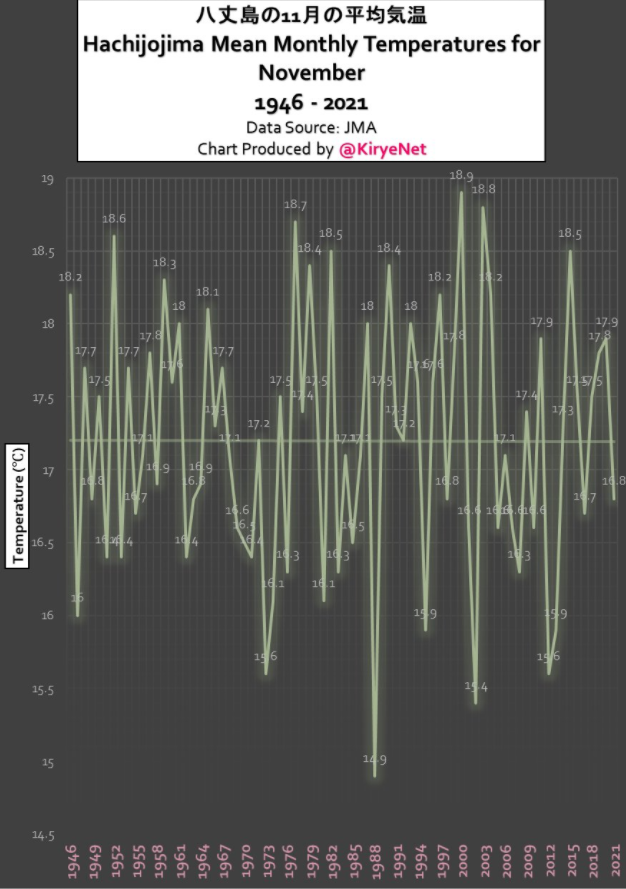 There’s been no warming in November on this rural island in almost 75 years!

Next we look at autumn mean temperatures at Hachijojima: 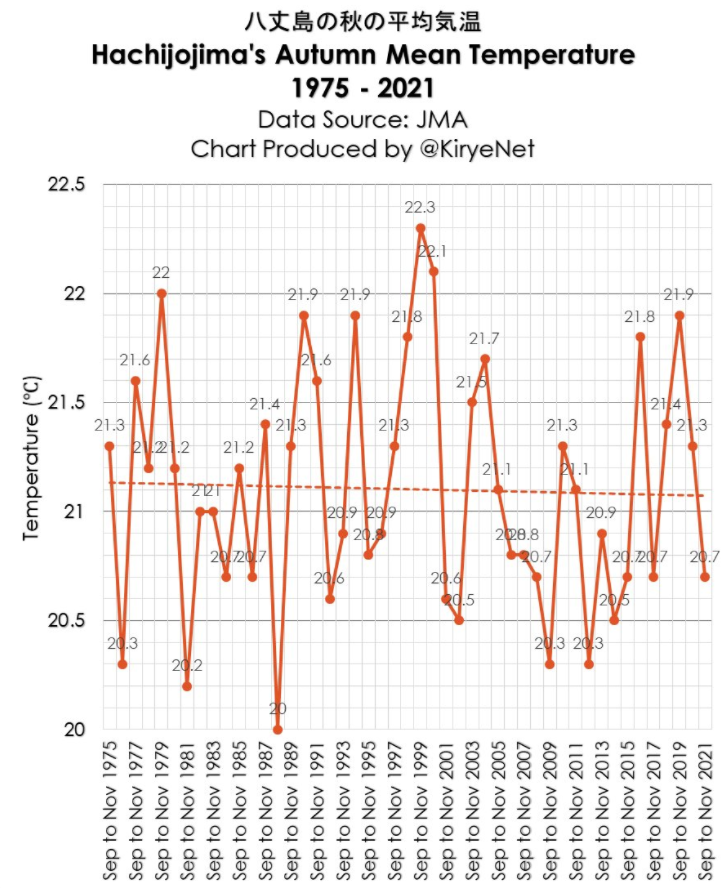 Here as well there has not been any warming in fall since 1975, according to the data from the Japan Meteorological Agency (JMA).

This is the story at many other places across the globe. Other than the usual natural variability, nothing unusual is happening climatically. Even if it was warming, that’s natural too. It wouldn’t mean man is behind it.

Don’t believe for once all the climate crisis nonsense. They only want you to be afraid so that they can control you. It’s all fraud.