Before their approval, largescale projects in Germany – almost without exception – have to be studied to determine their impacts on the surrounding environment. This step seems to be ignored for North Sea wind farms. 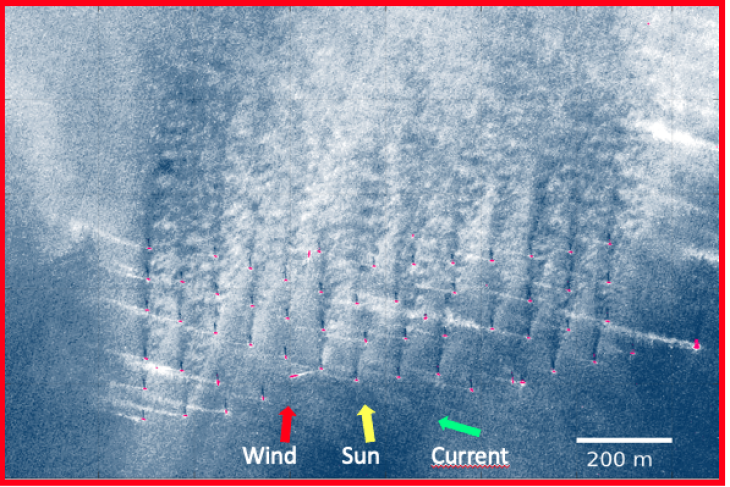 A team of researchers led by Nils Christiansen from the Helmholtz Center Hereon has published a study on the impact of offshore wind farms on ocean dynamics. The focus was on weakening wind and the accompanying changes in the physical conditions of the affected North Sea areas.

Turbines sap energy out of the wind

Wind turbines pose obstacles to water and air. The effects are of great importance with regard to the planning of future offshore wind farms. The study appeared in the journal Frontiers in Marine Science.

The imposing images of offshore wind farms in the North Sea overlooking the glittering water are firmly etched in people’s minds. But what are the effects associated with this important building block of Germany’s energy transition?

The study of the Hereon Institute for Coastal Systems – Analysis and Modeling simulates a weakening of the wind speed on the leeside of the parks. Evidence for the phenomenon was recently provided by a Hereon team whose study appeared in the journal Nature (Akthar et al., 2021).

The turbines weaken the wind as they extract kinetic energy to generate electricity. Downwind of the wind turbines, so-called atmospheric wake vortices develop. These are characterized by reduced wind speed as well as by special pressure conditions and increased air turbulence. Under stable atmospheric conditions, the wind speed deficits can propagate up to 70 km behind the wind farms.

When the wind dies

Using high-resolution hydrodynamic computer simulations, the team analyzed the effects on the southern North Sea for summer 2013 (May to September). The analysis shows a connection between wake vortices and changes in the momentum-driven exchange between the atmosphere and the water. This in turn could affect the horizontal currents and stratification of the water.

The effects of wake vortices are strong enough to redirect the existing currents, which results in a shift in the mean temperature and salinity distribution in the areas of the wind farms. “The changes that occur remain within the range of inter-annual variability. Nevertheless, they show similar magnitudes to the presumed mean changes due to climate change or year-to-year variability,” said Nils Christiansen, of the Hereon Institute for Coastal Systems, who was lead author on the study.

Altered re-layering of the North Sea

Another consequence of wake vortices is the mitigation of shear-related processes at the sea surface. In other words, the turbulent mixing of the water surface caused by the winds is reduced dozens of kilometers around the wind farm. Water is usually stratified, for example, a layer of warmer water lies on top of a layer of colder water. Wind farms disrupt this natural stratification. Because of the reduced mixing, a more stable stratification of the water is favored. This was particularly noticeable during the decline in summer stratification.

Natural stratification of water is particularly prominent in summer and decreases toward fall. However, in the wind farm’s area, more stable stratification was calculated outside of the seasonal variation.

“The magnitude of the induced mean changes does not indicate severe local effects, but far-reaching structural changes in the system do occur,” Christiansen says. “The changes in flow and mixing are likely to affect plankton production and food system, and may influence how protected areas work.

It is thus important to consider these consequences when developing marine protection concepts,” says Hereon Institute Director Prof. Corinna Schrum. A modification in this exchange potentially affects regional atmospheric conditions and ecosystem dynamics, and will be the subject of further studies.