Fine particle pollution from barbecues may be dangerous to the public, German researchers warn

Most among us are aware there’s an ongoing campaign to herd humans away from meat and towards a diet that is more fit for cows. This , activists claim, would be much gentler on our weather and climate systems. Meat-eating is destroying the planet and it’s time people stop it. 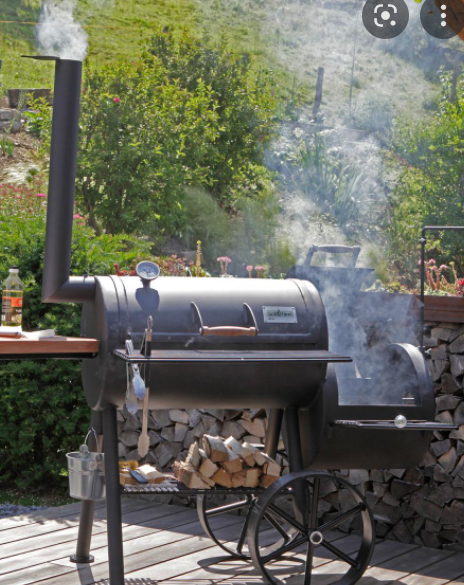 Now German MDR public broadcasting here presents another reason why we should avoid meat – especially grilled meat: the summer barbecues are causing our air to be polluted with fine particles that are dangerous to human health!

According to researchers in Leipzig, measurements were taken by instruments carried around in backpacks in the cities of Leipzig and Dresden (Germany). At times, the pollution levels from barbecues were even worse than the pollution from busy street traffic, the researchers found.

According to the study leader, Jens Voigtländer,

“First we determined that on days on and around national holidays, during evenings often a rise in concentration could be observed, and that coming from areas near recreational places; that is small gardens and parks. The effects that we see are local and short-term. That means we see them on one day and a day later we don’t. It’s a very short-term impact. […]

Everyone should ask themselves if it’s good for the health to barbecue continuously or too often.”

Now we need to worry about the risks of summer barbecues that many of us very much enjoy.

The MDR doesn’t provide any background as to why such a study was conducted in the first place.

Cooking food indoors, and most indoor activities in general, also produce a great amount of fine particle pollution, likely in even greater concentrations. It’s rather a mystery why people are running around with super-sensitive instruments, looking for every speck of fine particle and then worrying that it could be a risk to our health.