The 2022 Climate Surprises No One Is Talking About: Arctic Sea Ice, Hurricanes And German Sunshine

Relatively much Arctic sea ice and so far missing hurricanes

This summer, the ice melt in the Arctic was remarkably slow, even though the catastrophists had threatened us with the imminent death spiral of the Arctic sea ice. 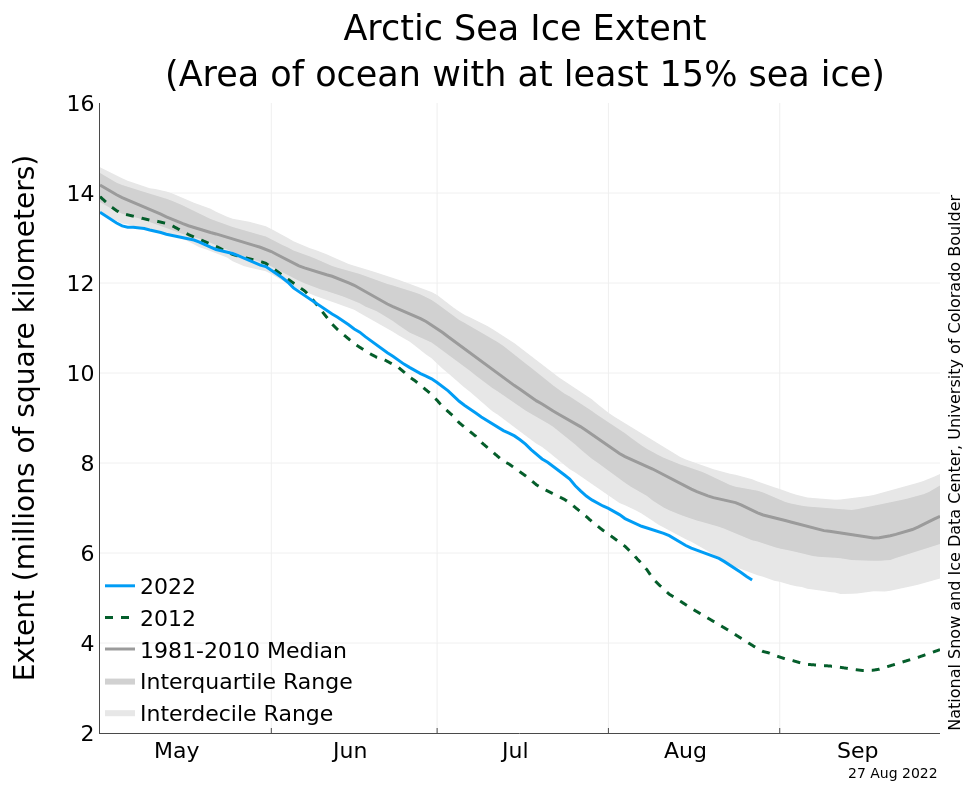 Figure 6: Area surface covered by ice (Arctic) from May to August 27, 2022 in million km². Since June, the blue line for 2022 has been consistently above the green dashed line for 2012, the year with the lowest ice cover to date,. Image source: NSIDC

Amazing things can also be reported from the hurricanes (tropical cyclones in the North Atlantic): As of August 27, there have been only three tropical storms, none of which reached hurricane strength.

In the hurricane season, which (officially) begins on June 1 and ends on November 30, August is one of the most hurricane-prone months, along with September. Note: “Following those three storms, the basin was inactive into late-August due to a combination of high wind shear and drier air, plus the presence of the Saharan Air Layer over the tropical Atlantic.” Source. So, high wind shear, dry air and the Saharan dust prevented hurricane formation (so far), although the alleged warming is supposed to lead to more and stronger hurricanes.

In the long-term average about 5 to 7 hurricanes are to be expected; let’s see what September will bring. Their observation is also important for Central Europe, because they often intervene in our autumn weather pattern and initiate a drastic weather change as extratropical lows. If they continue to stay away, the summery, consistent weather character could remain for quite a while.

Record sunshine in Germany this summer!

With a maximum average temperature of 19.4°C in Germany, the summer of 2022 fell short of the record set in 2003 (19.7°C). However, it broke the magic barrier of 800 hours of sunshine for the first time. The super summers of 2015, 2018, 2019, 2020 and 2022 gave us possibly the longest series of extremely hot summers since the Middle Ages. But the limit of possible summer warming for Germany, which lies at the same latitude as southern Canada and southern Siberia, now seems to have been reached; especially since the absolute temperature record of 2003 was set at a CO2 concentration about 40 ppm far lower than at present.

No record drought in Germany 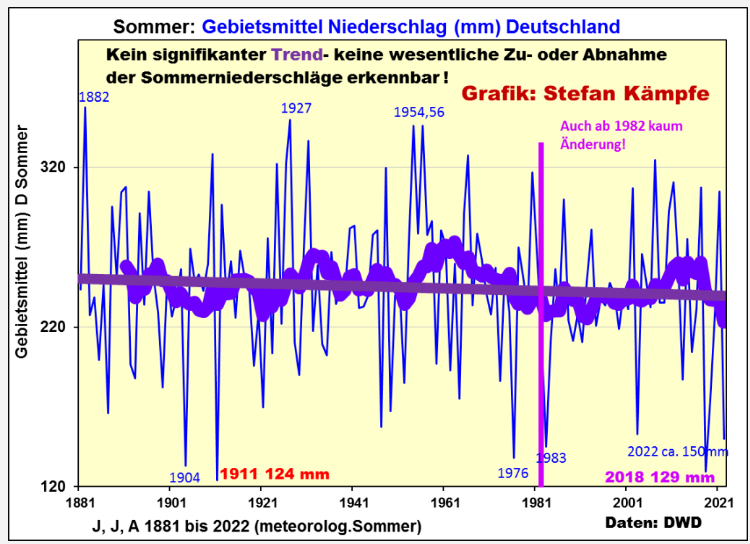 7 responses to “The 2022 Climate Surprises No One Is Talking About: Arctic Sea Ice, Hurricanes And German Sunshine”