Share this…FacebookTwitterAnd thus he has a good shot of joining the elite ranks of Nobel Laureates along with the esteemed Al Gore and the IPCC. Hat-tip: Hot Air. If anyone needed more evidence that climate change science has become completely irrational and idiotic, here’s another glittering jewel. It’s another sign of the spreading mental disorder that […]

Altered States And Sensory Deprivation: As The Globe Warms, The Cold Spreads!

Share this…FacebookTwitterThe widespread frigid cold gripping Asia and Europe is illustrated by the following chart (Source here) . Media outlets have reported that this is the worst February cold wave to hit Europe and western Russia in 25 years. Dozens have frozen to death over the last few days. So it goes without saying that the […]

The Communist Chevy Trabant – GM Back In The Fast Lane! (To Failure) 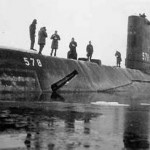 Share this…FacebookTwitterHalloween is already in full swing at the Potsdam Institute For Climate Impact Reseaarch in Germany. Witches, goblins, flesh-eating zombies and scary monsters are stirring about and spreading disturbing horror visions. Right now Stefan Rahmstorf is frozen by such a vision like a deer in the headlights. Rahmstorf, who has the unscientific habit of taking cyclic graphs […]

Share this…FacebookTwitter  I expected this video to have a few dozen, or maybe a few hundred viewers at most, but surprisingly already more than 25,000 have watched it so far – not bad. Too bad there isn’t an English version, or at least English subtitles. (I’ve provided a translation of the lyrics below). It is […] 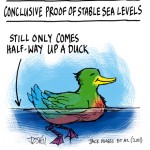 “Sustainable” Is The Marketing Word Of The Day

Share this…FacebookTwitterIn the older days, whether selling detergents, applicances or food products, marketers often used the slogan: “new and improved!” to con consumers and to boost sales. The German online DIE WELT reports that companies have changed their marketing slogans to make their business more profitable and sustainable. The new slogan used to pitch products today is: […]