After a foray in a cult, one of the first steps on the path back to reality is the process of deprogramming. Could it be that this step is now being self-administered by the German mainstream media? It appears so. 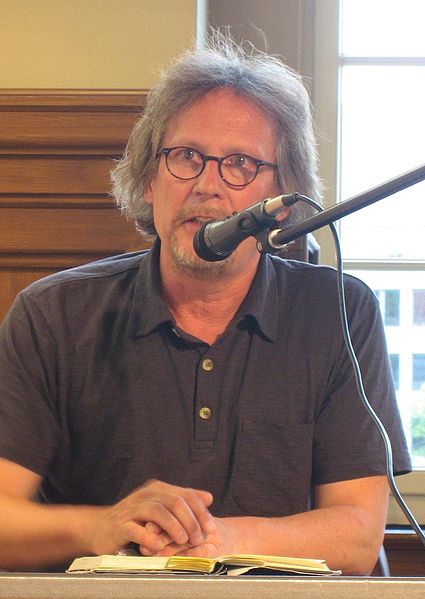 Harald Martenstein: “…it seems they are allowed to get away with everything.” Photo credit: Lumu, GNU Free Documentation License, Version 1.2

Now that the global mean temperature curve has drifted out of and below the IPCC’s projected range, panic is breaking out.

The mother of German green weeklies, Die Zeit, appears to be taking measurements at the back of the house in preparation for the installation of a back door! Rahmstorf is back there with them, trying to talk them out of it.

Leading lefty journalist Harald Martenstein of Die Zeit, a weekly that recently portrayed Marc Morano as the Don Corleone of the North American climate denial syndicate, has an amusingly satirical essay on the misfortunes of climate science and modeling: On the surprises of climate change. Hat/tip: klimazwiebel. If you can read German, his essay is a jewel in irony and humor to behold. Effective because few things convey a message better than music or humor.

Martenstein, once a devout believer of the global warming religion, apparently has been struggling to reconcile the glaring differences between climate expectations and hard reality.

Martenstein begins by first claiming he is not a climate skeptic, and tells the story of how he bought a house in the Uckermark in northeastern Germany because renowned scientists had been telling us that “the climate in Germany would be warmer. It would become similar to the Mediterranean.”

He then writes that former Chancellor Gerhard Schröder, however, seemed to be unconcerned about the ominous hothouse-Europe climate projections, and went on to purchase a vacation home down south in Turkey. Martenstein seemed baffled by Schröder’s decision, writing, “I was ready to open my home to the Schröders as soon as they would no longer be able to take the 60°C heat in the shade. But instead it got colder and colder. In the Uckermark in the wintertime it was -20°C for weeks.”

Martenstein also noticed that Britain had endured its coldest winter in 30 years, Florida got covered by icicles, and the cold seemed to be spreading everywhere. So he pleaded that people should emit more CO2 – so that he could stay warm.

His plea, however, prompted an invitation from a “scientist at a very nice climate institute“:

He showed me tables and graphs that clearly depicted it was getting warmer. He believed that I was just a victim of my own subjective imagination. Memory can fool you. One thinks that during childhood it was warm from May to September, but in reality its was warm only 3 days, and it is those 3 days that one remembers intensively. The tables from climate scientists, on the other hand, do not lie.”

Martenstein then recounts the past winter and how it seemed to him as being the longest and hardest he could remember, but telling himself that it was probably just his warped subjectivity acting up again. He writes:

But suddenly I read in the paper that a number of climate scientists had changed their minds. Now they were saying it is not going to get warmer, but colder, at least in Europe. Whatever happened to the tables, I ask myself.”

This kind of science would never fly in biology or physics, Martenstein writes. “But with climate science it seems they are allowed to get away with everything.”

Today it has dawned on Martenstein that Schröder had been wise to buy a vacation home in Turkey, where at least the summers are warm. He ends his piece:

The polar bears are not dying off, no. They are moving to Uckermark. I’m not a climate skeptic, I’m just disappointed.”

Thanks for the wonderful humor, Herr Martenstein. Overall, however, the climate story is a sad and embarrassing one for the field of science and humanity.