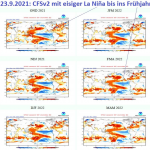 Share this…FacebookTwitterSnowfan rreports here of how parts of western Germany have had 4 nights in a row of surface frost and how new models are even projecting snowfall already in mid October. If that occurred, it would be unusually early. Globe cooling off Overall the globe has cooled substantially since the last El Nino ended […] 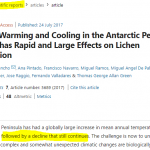 Body Of Evidence: All Of Antarctica Is Cooling… Peninsula Cooling Since Long Before Greta Was Born

Share this…FacebookTwitterThe IPCC 6th Report seems to have missed a lot, hasn’t it? Recent publications since the 5th Report show ALL OF ANTARCTICA, including the peninsula, has cooled since the late 1990s.  Friday I wrote about how the entire continent of Antarctica (except its peninsula) was found by leading scientists to be cooling significantly. The […] 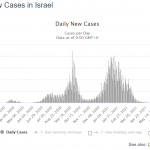 Share this…FacebookTwitterIt’s becoming increasingly clear that the vaccines against COVID are falling far short of what they were promised to be. Oberhausen-Germany: “Three seniors had to be resuscitated” after 3rd jab Germany has started administering third shots to the elderly and already reports of signs of dangerous side effects are emerging. In a nursing home […]

Share this…FacebookTwitterReaction to German Phoenix television talk show with Prof. Fritz Vahrenholt By Axel Robert Göhring Many viewers were surprised: Phoenix, the joint news channel of ARD and ZDF (“Das ganze Bild”), invited Fritz Vahrenholt to a climate discussion round, although he had just slammed the climate ruling of the Federal Constitutional Court on Roland […] 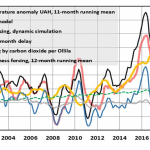 Share this…FacebookTwitter How much is the Sun’s influence? An ongoing debate Center for Environmental Research & Earth Sciences Most of the energy in the Earth’s atmosphere comes from the Sun. This new study found that the UN’s Intergovernmental Panel on Climate Change (IPCC) only considered a small subset of the published TSI datasets when they […] 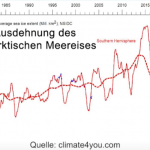 Share this…FacebookTwitterJust two years ago, many of Germany’s mainstream media outlets declared sea ice at the South Pole was melting at an “astonishing” rate. For example, the left of center, Munich based Süddeutsche Zeitung, Image cropped here.  German national daily Süddeutsche Zeitung (above) reported in June, 2019, that Antarctic sea ice had “shrunk 1.8 million […]

Share this…FacebookTwitterToday I have 2 videos that are worth the time watching. It’s important to stand firm against these so-called “vaccines”. Pathologist Dr. Ryan Cole says in a talk that the COVID vaccines are dangerous to human organs and that the science surrounding Corona and the vaccines is being suppressed. I won’t be posting this […] 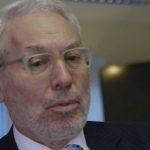 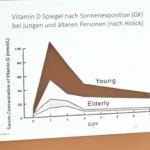 Share this…FacebookTwitterI’ve always thought I was getting enough vitamin D, but now realize I’ve been wrong. I’ll be boosting my daily supplement intake to 4000 IU/day.  Often the media and medical establishment spread disinformation about nutrition, the importance of a healthy, balanced diet and supplements. Neglect of Vitamin D is a public health crisis, says […]