The Arctic had a steep last spurt of melt over the last week, sending the ice area below 5 million sq. km. That puts 2010 as the third lowest ice extent, or the 2nd highest in the last four years, spin it the way you want. 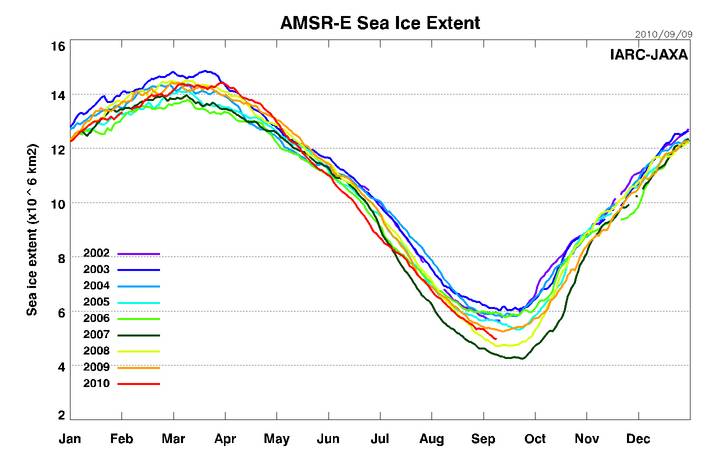 But the melt is now pretty much over, and temperatures in the Arctic have started their plunge. The Danish Meteorological Institute’s latest graphic clearly shows. 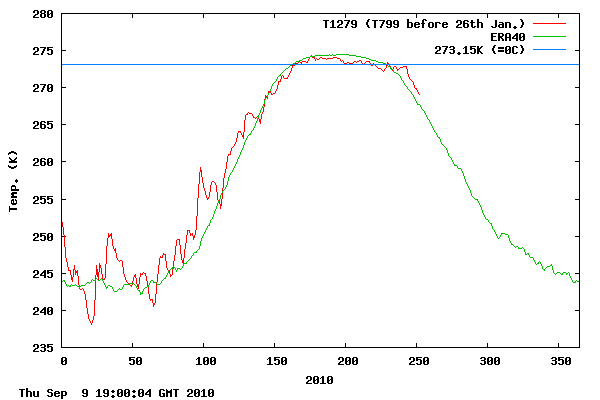 The Arctic forecast for the next 14 days shows things are going to get cold fast, with frost spreading south into Canada. 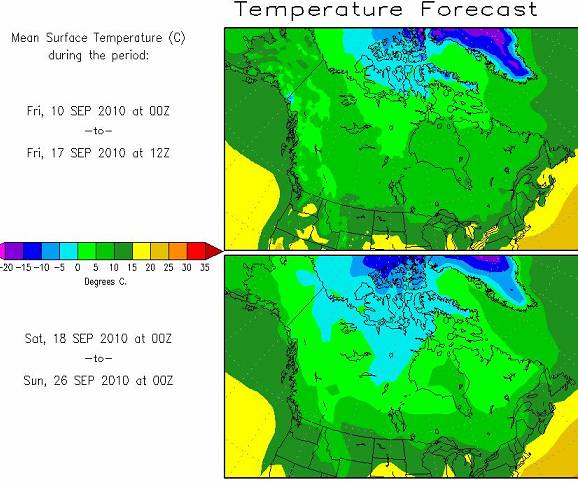 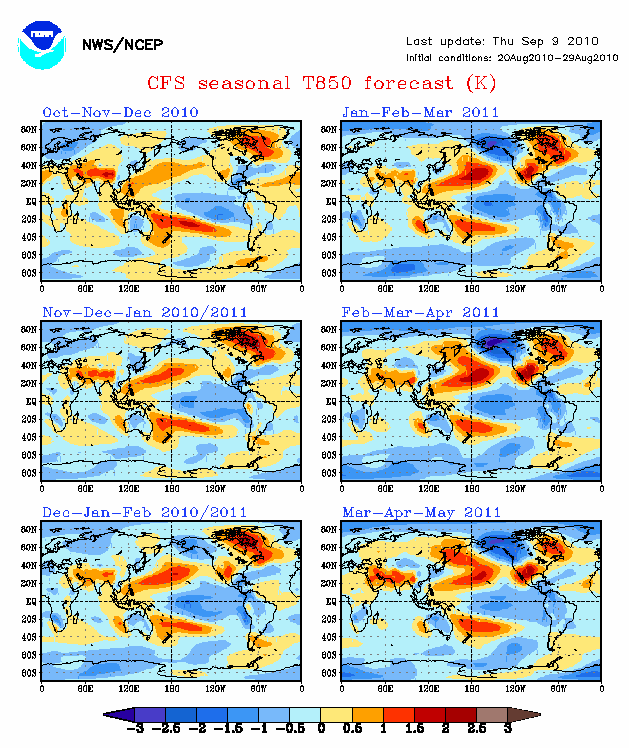 Remember, NOAA and GISS are used to painting the Arctic red, and not blue. So, if the foreacst pans out, both poles will be colder than normal. That means thicker and more extensive ice. That’s why I made the WAG prediction a couple weeks ago of 5.75 million sq km for September, 2011. Maybe it’s a bit on the high side, but more likely than the once almost certain death spiral made by the experts a couple of years ago.