Browse: Home / 2012 / November / 21 / Another Dissident In Germany Speaks Up In An Open Letter – Even Warmist Science Shows There’s Been No Warming 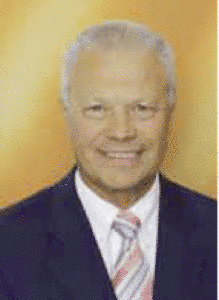 Dissent is growing and skepticism is taking root in Germany, as one prominent figure after another begin to speak out. This all goes back to Prof. Fred Singer’s visit to Germany 2010, which produced an uproar, especially among the Greens and Socialists.

For years all political parties in Germany have been simply parroting the rallying cries concerning the supposedly anthropogenic CO2 caused “climate catastrophe”. Hardly a single politician has made the effort to check over these claims and to review the extensive literature of the so-called skeptics. This blind trust in a completely politicized, state-funded research along with the one sided reporting of the German(!) media appears to be disappearing as of late. This seems to have been sparked by the hearing with Professor Fred Singer 2010 by a parliamentary group led by Ms Marie-Luise Dött (CDU), and then followed up by two conferences on climate change and energy by the FDP Free Democrats in Saxony (30 June 2012 and 1 December 2012 respectively). Now we have this very recent open letter from CDU councilman and Hanover CDU faction chairman Kurt Fischer. The letter addresses the unkind attacks from Dr. Hansmann on Mr. Fischer, who now takes the occasion to respond.”

What follows next is the open letter by Kurt Fischer to Dr. Hansmann, in English:

From: Kurt Fischer Councilman of the CDU in Hanover

With the statement that Hurricane Sandy was a consequence of climate change, you are only reflecting the overall media depiction. To the contrary – a scientific examination does not support this claim:

1. The data from the institutes close to the IPCC show that no global warming has been measured in 14 years:
Source: http://www.metoffice.gov.uk/nh+sh; supplemented with text and a trend arrow.

On this subject, the Director of the English UEA/CRU Institute, Prof. Phil JONES, in an interview (see chart above):

“Professor Jones also conceded the possibility that the world was warmer in medieval times than now – suggesting global warming may not be a man-made phenomenon. And he said that for the past 15 years there has been no statistically significant warming.” http://www.dailymailClimategate-U-turn-html; Interview in Daily Mail, 15 Feb 2010.

You don’t need to search out a “skeptic” to confirm the above shown graphic, as even the rather alarmist German science and serious scientists confirm precisely the same, e.g. Prof. Dr. Jochem MAROTZKE (Director of the Max Planck Inst. Hamburg):

“According to our preliminary calculations, it should get much warmer quickly in the next few years. But we do not have confidence in these prognoses. This is because the simulation should have shown the current temperature stagnation – which it failed to do.” DER SPIEGEL, 27 Feb 2012, p. 113.

2. Using hurricane statistics with regards to wind strength, Sandy is at most average:
http://www.climatedepot-Sandy-Reactions.

Meteorologically it was somewhat unusual, but it is in no way unusual that a hurricane struck the US East Coast. This is the only reason why there was extreme damage. That was due to a particular weather pattern and had nothing at all to do with “climate change”:

Also the repeated claims by the insurance companies that there are greater damages because of extreme weather failed to hold up against scrutiny.

Dear Dr. Hansmann, I am amazed to see even intelligent people parroting time and again the media statements that are related to these “dubious claims” coming from the profiteers and ideologues of “climate planet rescuers “, all based on shaky science. I think it would be fabulous if indeed more “intelligent people” gave more effort to think for themselves and to doublecheck!

We especially have to protect ourselves from politicians who implement very costly so-called “climate protection measures” that are based on dubious and unsecured science. There will come a day where we will be judged on this.

With regards to this, Prof. Dr. Heinrich Miller, Vice President of the Alfred Wegener Institute, said in an interview on “climate protection”:

“Those who speak of climate protection are only creating illusions.“ Miller calls on toning it down: “Climate is not something that can be protected and it doesn’t allow itself to be stabilized at a desired temperature. It has dramatically changed in the past also without the influence of man.“ Source: DIE ZEIT, Bohrer im Eis, 06 June 2007 , p.40