Today is the 80-year anniversary of mass book burning by Nazi Germany in 1933, one of the darkest chapters of human civilization.

Literary and philosophical works that did not conform to the ideological standards of the Nationalist Socialist Party were collected from prestigious university libraries and burned in public. They included some of the greatest works ever written. Much of the burning was zealously carried out by students and academics.

Wikipedia writes: “On April 6th, 1933, the Main Office for Press and Propaganda of the German Student Association proclaimed a nationwide ‘Action against the Un-German Spirit’, which was to climax in a literary purge or ‘cleansing’ (‘Säuberung’) by fire. The students described the ‘action’ as a response to a worldwide Jewish ‘smear campaign’ against Germany.”

Today the German media are carrying many reports and reflecting on this dark, shameful chapter.

Book burning, calls for executions are back today in climate science

Many of us might think: “Well, this happened 80 years ago, and could never happen today, especially in Europe or America.” Think again. It just happened on a small but poignant manner in sunny, enlightened California, at the University of San Jose Department of Meteorology and Climate Science. Read about it here at WUWT.

Recently a University of Graz professor called for the execution of climate science skeptics. Aren’t the parallels eerie? This ought lead us to pause and reflect deeply for a moment. 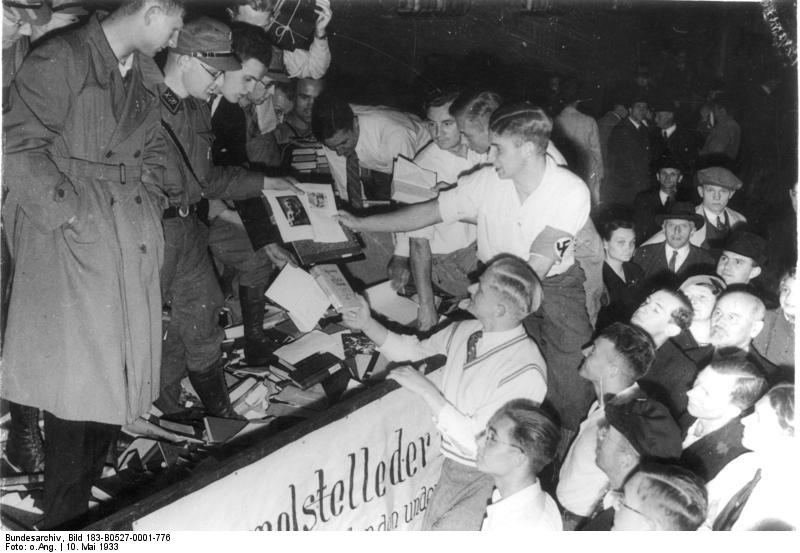