The print edition of the Swiss Die WeltWoche has a story on the IPCC and accusations that climate scientists have misled policymakers: The Silence of the Climate Scientists, authored by Markus Schär.

In it Schär claims that “the IPCC lead by Thomas Stocker concealed good news in its report” and that “a new report shows that the warnings of climate change have to be called off.”

Weltwoche writes that in view of the record Antarctic sea ice, 17 years of no global warming and cold records peppering the globe, it is obvious that “the climate models of climate scientists can’t be right“.

The Swiss news weekly cites a recent report by Nicholas ­Lewis and science journalist Marcel Crok that was recently released by the British think tank Global Warming Policy Foundation. In it Lewis and Crok claim the IPCC kept silent about important findings because “they contradicted their warnings of a climate catastrophe“. 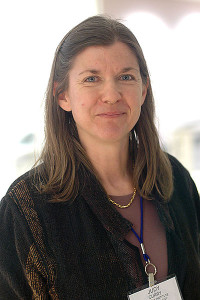 Weltwoche describes Lewis and Crok as persons who don’t let themselves be labeled deniers and that the report’s foreword was written by renowned Georgia Tech Professor Judith Curry, “a leading atmospheric physicist who as a critic of climate science has advised the US Congress over the last weeks. For this reason the report stimulated attention worldwide, even if not in the media, who still prefer to warn of catastrophes“.

Weltwoche writes how Lewis und Crok pointed to a number of recent studies indicating that CO2 climate sensitivity has “a far lesser value of between 1.5 and 2°C” and that “there is no reason for warnings of catastrophe.”

For this reason the IPCC people are silent about the recent papers in their summary for policymakers, refrain from providing the most probable values and instead spread the message that despite all the uncertainty, their certainty is greater than ever.”

According to Weltwoche IPCC lead author Thomas Stocker was rankled by claims in the GWPF report, accused them of cherry-picking and that he had no intention of responding to a “non-peer-reviewed paper published by a think tank.”

­Lewis and Crok actually only did what the IPCC should have done: that is to look at the important studies and to draw the obvious conclusions from them. The lessons of their report are recommended for Stocker to consider.”