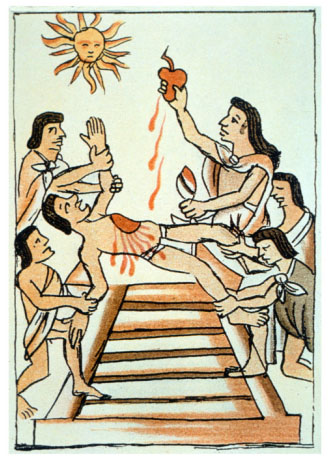 This would be tantamount to abusing the legal system as a weapon to harass and shut down freedom of science and the fundamental human right of freedom of expression.

The next obvious step would be to go after bloggers for spreading “climate denialism“, as most of them, this blog included, are not funded at all and are running purely voluntarily. All the blogs I know operate independently of any funding activity taken by fossil fuel companies. Greenpeace writes:

Greenpeace International, WWF and the Center for International Environmental Law have written to the executives of large insurance corporations as well as fossil fuel and other carbon major companies [1], seeking clarity on who will pay the bill if such a lawsuit is brought against their directors or officers [2].

Generally, liability policies provide coverage for claims that put individual directors’ and officers’ assets at risk. These liability policies protect individuals who are conducting their business in good faith but are at risk of being held liable for undesirable business occurrences, which may be beyond their control.  However, a serious question is whether these policies would cover a director facing a climate-related claim [3].

The belief that corporate executives are guilty of brewing bad weather events is no different than ancient tribes psychopathologically blaming and sacrificing humans at an alter in a bid to appease angry gods.Today environmentally fanatic activists like those at Greenpeace are calling for the same thing. This gets down to raindancing and weather-brewing. Read on…

Leanne Minshull, Greenpeace International’s Climate and Energy Campaigner, says the cost of climate change is personal. ‘It’s personal to the victims of super typhoon Haiyan who lost family members and homes in the Philippines. It’s personal to farmers in California and Australia whose land is now too dry for farming. It should also be personal for any oil, gas and coal company directors who mislead the public by funding climate denialism and stopping action on climate change. The responsibility – not just the devastating effects – should be personal.'”

If anything, NGOs and Greenpeace need to be held personally accountable for blocking Golden Rice in Asia, a food that could have prevented millions of children from going blind and thousands of dying prematurely from vitamin deficiency.  That we know is absolutely very clear.

Carroll Muffett, President of the Center for International Environmental Law, says from ‘asbestos to tobacco to oil spills, history shows that those who mislead the public, the market or the government about the risks of their products, or the availability of safer alternatives, can face substantial legal liability, both as companies and as individuals. As the impacts of climate denialism and regulatory obstruction become clear, we want to understand how corporations, insurers, and officers and directors are allocating those risks among themselves.  Just as importantly, we ask what steps they’re taking to prevent the misconduct that creates those risks in the first place.'”

Samantha Smith, leader of WWF‘s Global Climate and Energy Initiative, says fossil fuel companies owe it to their shareholders and the public to tell us the truth about the devastating impacts of their activities on our shared climate. ‘Sooner or later, those who hide the facts and oppose policies to fight climate change will be held to account by the courts. By signing this letter, we hope to bring attention to the importance of truthful, transparent and responsible corporate reporting and policy engagement on climate change.”

The responses from the fossil fuel companies and insurers and will be published on the Greenpeace International website.”

The Greenpeace proposal is the latest authoritarian bully-tactic designed to intimidate those who have different scientific opinions, to stamp out scientific dissent, and to force a universal junk-science based green ideology on the rest of the population. Greenpeace is pioneering the newest path to thought totalitarianism.