Collapse of the IPCC AGW theory

Dr. Syukuro Manabe was given many prizes for the discovery of greenhouse effect with Fig. 16 in Manabe & Wetherald (1967) utilizing one dimensional radiative convective equilibrium model (1DRCM) with the fixed lapse rate assumption of 6.5°K/km for the atmospheric CO2 of 300 ppm (1xCO2) and that of 600 ppm (2xCO2).

It gave the zero feedback climate sensitivity CS (FAH) of 1.3°K under the fixed absolute humidity for 1xCO2 and 2xCO2, which was the starting point of the modern anthropogenic global warming (AGW) theory. The Manabe method was followed by Hansen et al. (1981) and Schlesinger (1986) to obtain the similar results that the CS (FAH) is 1.2-1.3°K with the radiative forcing of 4W/m2 for 2xCO2. 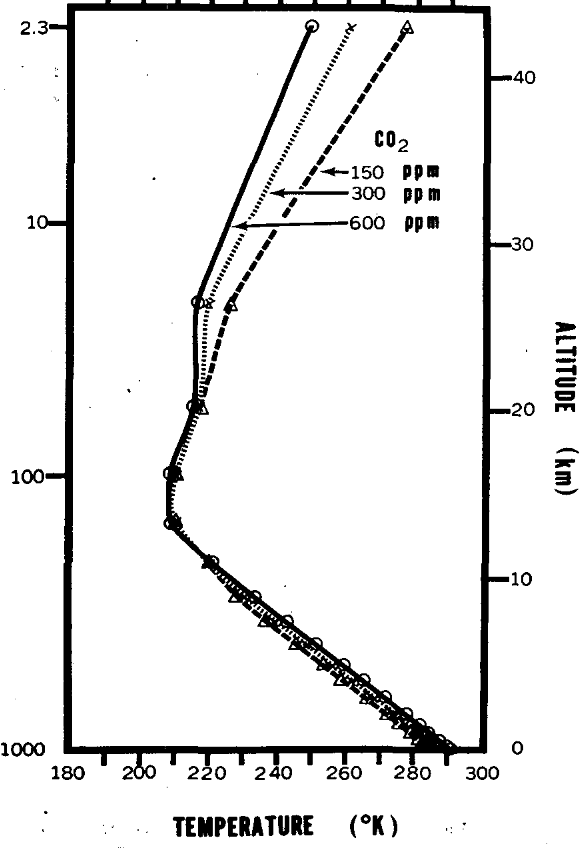 The lapse rate of 6.5°K/km is defined for 1xCO2 in the U.S. Standard Atmosphere (1962).There is no guarantee, however, that the same lapse rate will be maintained in the perturbed atmosphere with 2xCO2 because it depends on radiation, convection, large scale dynamics and moisture etc. Therefore, the lapse rate for 2xCO2 is a parameter for which a sensitivity analysis is needed.

From Fig.4 in Manabe & Strickler (1964), below, we can calculate the sensitivity of the surface temperature (Ts) with the variation of lapse rate (LR) in 1DRCM as follows: 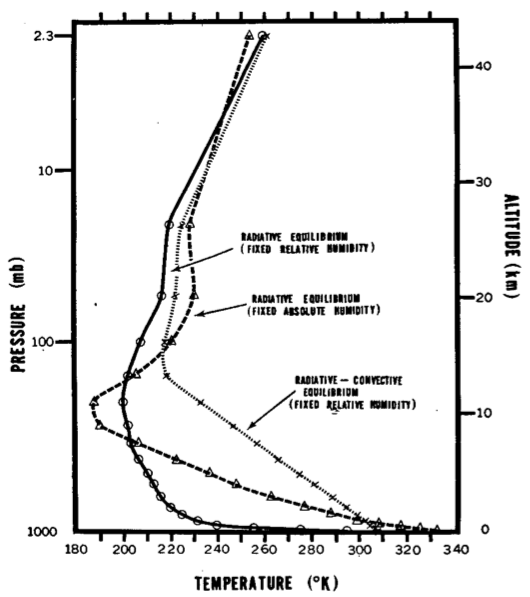 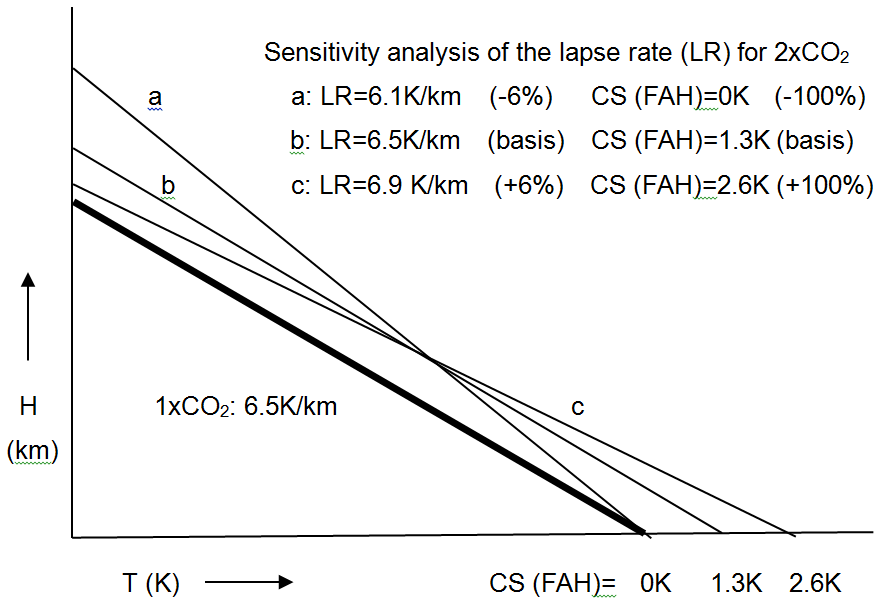 Thus, the AGW theory of the IPCC is collapsed due to the lack of parameter sensitivity analysis of the lapse rate for 2xCO2 in the 1DRCM studies with the fixed lase rate assumption of 6.5°K/km for 1xCO2 and 2xCO2.

It is a standard procedure to check the validity of obtained results in scientific studies.