German Scam: “A Contribution To Rescuing The Climate” Is In Fact Just “A Multibillion Euro Business”

Share this…FacebookTwitterIn examining the Skeptical Science (SkS) blog essay “How Increasing Carbon Dioxide Heats the Ocean“  written by Rob Painting (an “environmentalist, scuba diver, spearfisherman, kayaker and former police officer” who has “researched climate science, in an amateur capacity, for 4 years” according to his website bio), we learn that (A) the Sun heats the […] 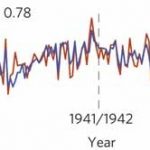 Share this…FacebookTwitterThe conceptualization of “global warming” has become so entrenched in the lexicon that few give much thought to its dubious derivation. Many assume that “global warming” actually means that all or nearly all of the globe is warming as a consequence of the “well-mixed” greenhouse gases in the atmosphere (i.e., CO2 concentrations have indeed […] 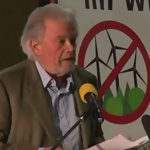 Share this…FacebookTwitterGerman public television ARD here has a report on how one of Germany’s leading environmentalists has been getting death threats because of his opposition to the destruction of forests by wind parks. Enoch zu Guttenberg. Photo cropped from here. According to the ARD, Enoch zu Guttenberg claimed: I am getting even threats to life […]

Already Winter In Early August! Snow Falls Down To 2000 Meters In Alps

Share this…FacebookTwitterYesterday I reported on the cold blast of polar air that had just frosted parts of Central Europe, surprising many Europeans as they stepped out of their homes early Thursday morning. Apprarently it got so cold that it even snowed down to 2000 meters (as predicted already last week). Wednesday wetteronline.de here presented a […]

Share this…FacebookTwitterWhile news journalists and internet bloggers are busy headlining scary stories invoking the presumed causal link between anthropogenic CO2 emissions and floods and droughts and global warming, robust scientific evidence of naturally-forced climate change has continued to rapidly accumulate. There is a claimed scientific “consensus” that climate changes in recent decades are only weakly […]

Share this…FacebookTwitterRising conservative media star Breitbart here writes that “A Donald Trump presidency would be way more beneficial to the environment than a Hillary Clinton presidency“. This could come as a bit of a surprise for some when you consider the turbo-level of economic growth and prosperity a Trump program would almost certainly usher in. Yet, […]

Share this…FacebookTwitterThe sun in July 2016, and the AMO By Frank Bosse and Fritz Vahrenholt (Translated/edited by P Gosselin) Our sole relevant source of energy at the center of our solar system was quieter than normal in July for our current solar cycle (SC) 24. The entire cycle so far has only been 56% as […]

Share this…FacebookTwitterby Kenneth Richard Bats are known to be some of the world’s savviest aerial acrobats. Using their mysterious sonar system and shape-shifting wings, bats adeptly swerve and swoop and dive in flight to avoid collisions with both stable and moving objects. And yet bats stand no chance against a 200-meter high wind turbine with […]