Accelerating sea level rise due to global warming is supposed to eat away at the shorelines across the globe. However a recent paper published in the journal Nature here authored by a team scientists led by Arjen Luijendijk found that some 75% of the world’s sandy shorelines are stable or growing!

An analysis of satellite-derived shoreline data indicates that 24% of the world’s sandy beaches are eroding at rates exceeding 0.5 m/yr, but 28% are accreting and 48% are stable. 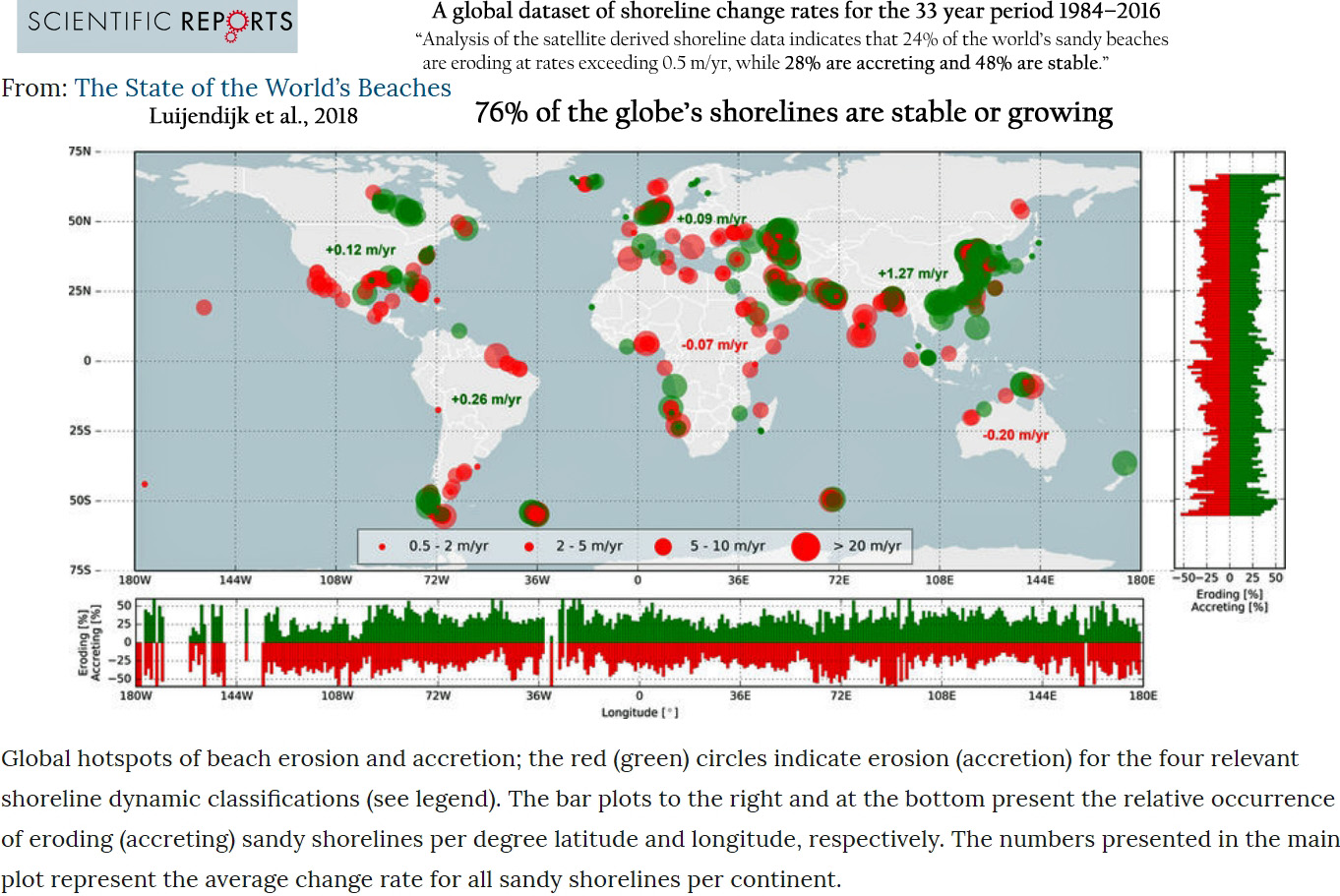 According to the paper, the application of an automated shoreline detection method to the sandy shorelines resulted in a global dataset of shoreline change rates for the 33 year period 1984–2016.

The scientists also found that Australia and Africa are the only continents for which net erosion (−0.20 m/yr and −0.07 m/yr respectively) is found, with all other continents showing net accretion.

What’s surprising is that another researcher has determined that melting ice caps from global warming induced ice melt does not contribute to sea level rise, and that sea level rise is mostly caused by the Earth’s shape.

In a scientific paper published by the journal Geoscience Frontiers, Aftab Alam Khan at the Department of Geology, University of Dhaka in Bangladesh found: “thermal expansion only explains part (about 0.4 mm/yr) of the 1.8 mm/yr observed sea level rise of the past few decades.” and that the claim and prediction of 3 mm/yr rise of sea-level due to global warming and polar ice-melt “is definitely a conjecture”

Khan then concludes that though global warming, both polar and terrestrial ice melts, and climate change might be a reality, all these phenomena are not related to sea level rise and fall.

Ice melt would not contribute to sea level rise

According to Khan, “Geophysical shape of the earth is the fundamental component of the global sea level distribution. Global warming and ice-melt, although a reality, would not contribute to sea-level rise.”

If Kahn’s assertion turns out to be correct, then IPCC scientists will have some major scientific revamping to do.