40-year veteran meteorologist Joe Bastardi at WeatherBell’s Saturday Summary shows how the Earth’s surface has cooled dramatically over the past three years and that Arctic sea ice is piling up.

Hurricane threat to East Coast due to natural factors

First at his most recent Saturday Summary, the 40-year meteorologist first warns that in-close developing hurricanes of the sort seen in the 1930s are a risk to the US East Coast this year, due the current Atlantic temperature pattern. The reason has nothing to do with CO2 in the atmosphere, but because of natural sea surface temperature cycles.

Next Joe Bastardi illustrates the stark sea surface cooling the globe has seen over the recent years. The following two charts show the “pretty dramatic” cooling that has occurred over the past three years, 2015 vs 2018: 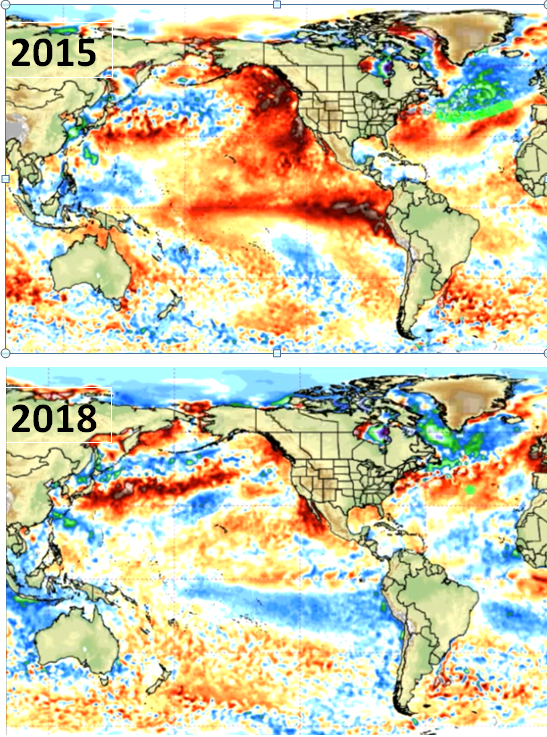 Bastardi calls it “a pretty big flip” and “a pretty dramatic turnaround”.

Joe Bastardi notes that according to the Danish DMI, Arctic temperature has been below normal over the entire summer: 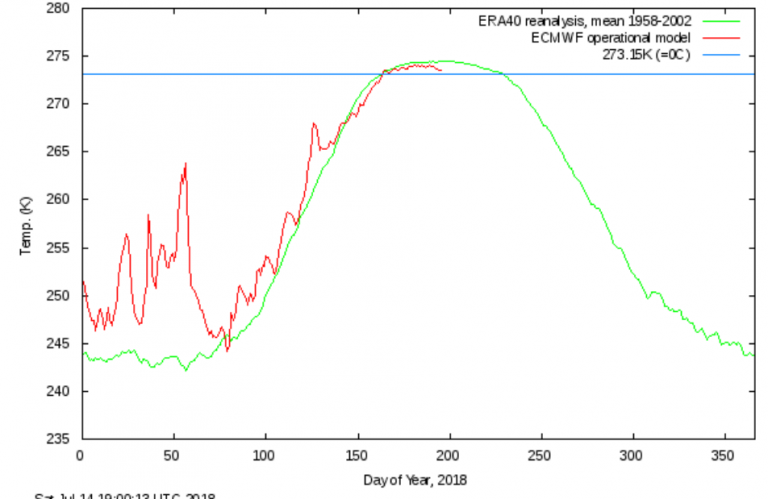 Moreover, Arctic mid-summer temperatures, north of 80°N latitude, have dipped to near freezing over the past days. This is likely in large part linked to the cold North Atlantic sea surface temperatures we’ve been witnessing. All this suggests ocean cycles, and not CO2, are the real Arctic drivers.

Snow and ice climbing past decade

The cold polar temperatures are naturally having an impact on Arctic snow and ice. 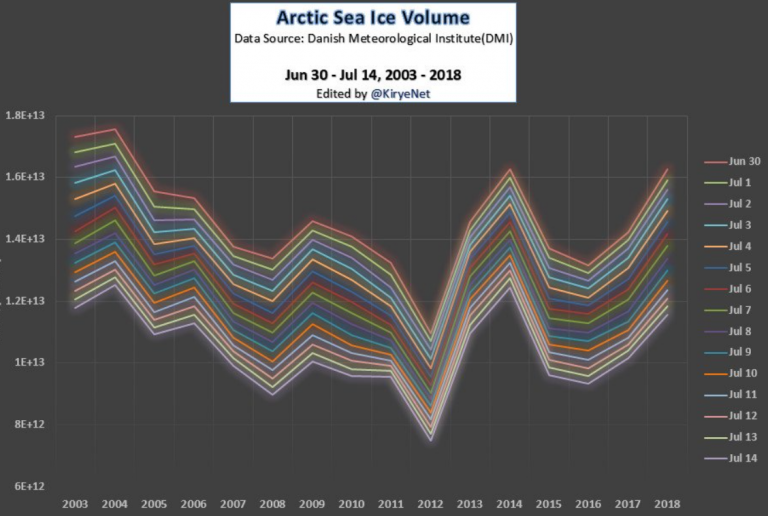 Arctic sea ice volume (m3) has eased off from third place and is now at the 4th highest level since 2003, and showing an upward recovering trend over the past decade. Chart: Kirye.

Also at the 11:50 mark of his Saturday Summary video, Joe shows that Arctic sea ice extent is well above the levels seen over the previous years.

Greenland gets buried in snow

According to Kirye here, warming and melting have also been AWOL in Greenland, which has been seeing a dramatic snow and ice mass balance increase: 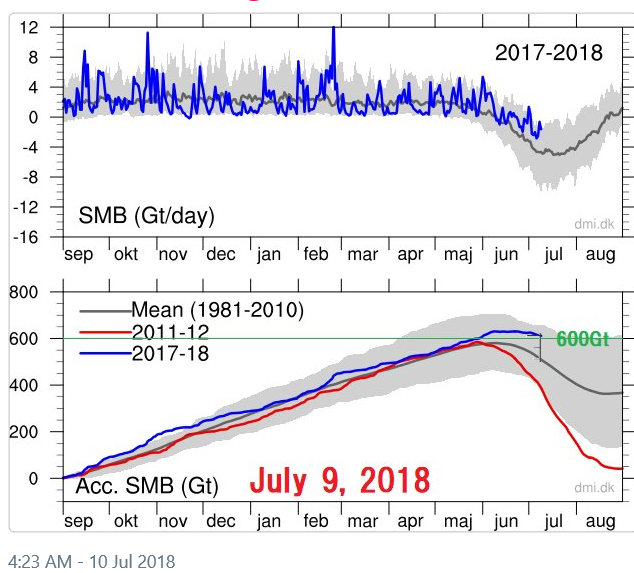 In his Saturday Summary, Joe Bastardi also sharply criticized the climate ambulance chasing we’ve witnessed from hysterical climate alarmists, who are desperately grasping at any straw they can find to keep the climate panic on life-support.

It was recently claimed that the group of Thailand teenagers and their coach got trapped in a cave due to monsoon rains which were induced by global warming!

But Joe Bastardi presents a chart showing that this year’s monsoon activity in Thailand is completely within the range of natural variability: 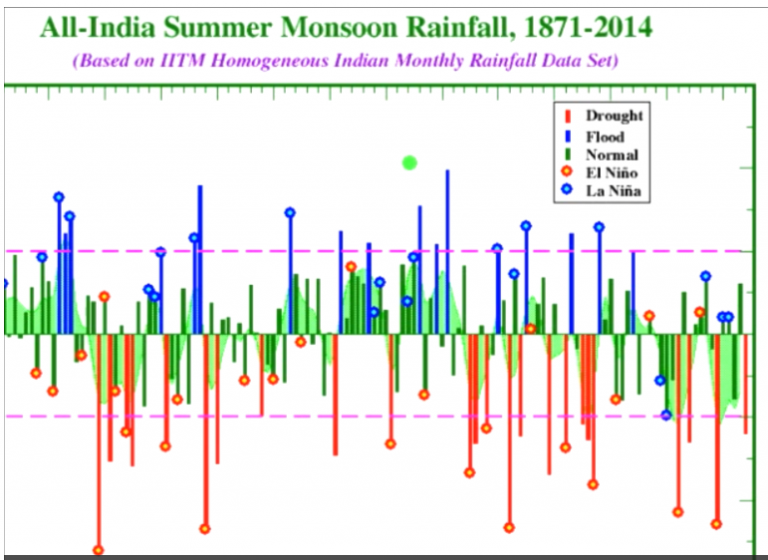 Bastardi calls the claim the kids got trapped because of climate change “total nonsense”, and points out that the monsoons over Thailand over the past five years have been normal to even below normal!