Germany’s once highly praised solar equipment production industry has disintegrated, and now politicians are poised to make the same happen to its automobile industry. 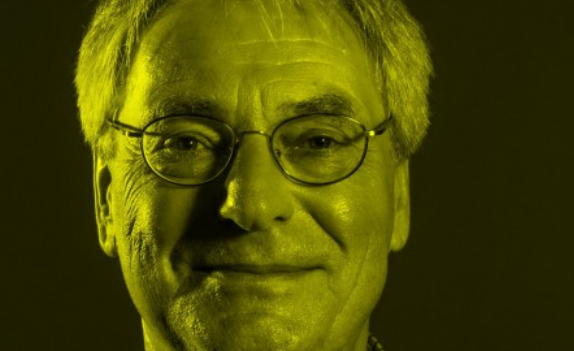 With its center in former communist East Germany, mainly located between Dessau and Leipzig, the region was dubbed in the early 2000s as “Solar Valley” and promised economic prosperity driven by high-tech jobs to a region that had long suffered from economic malaise.

In Solar Valley’s heyday, hardly a week passed without the media reporting on groundbreakings and ribbon cuttings with top politicians in attendance patting themselves on the back.

Hundreds of millions in subsidies

According to Maxeiner, the government poured hundreds of millions of taxpayer euros to set it all up: “142 million euros in Brandenburg, 120 million in Saxony Anhalt and 143 million euros in Thuringia poured in.”

It was to be Germany’s bright new high-tech future and show the world how to go green. That was the vision.

From Solar Valley to Death Valley

But then came clash with harsh reality. Within just a matter of a few years low-cost solar cell imports from China flooded the markets, causing prices to plummet. Within just months Solar Valley was reduced to a heap of ruins.

Moreover, the exorbitantly high green energy feed-in tariffs rapidly caused electricity rates from consumers to skyrocket. The government was forced to act quickly to cut the feed-in rates, which made solar systems less attractive. The market found itself flooded by solar panels and German manufacturers collapsed. Maxeiner wrote (with sarcasm):

Through the path of Energeiewende subsidies, German taxpayers created jobs not in Bitterfeld as planned, but in such beautiful cities like Guangzhou, Hangzhou or Xi’an.”

None has collapsed as fast””

And according to the Hans Boeckler Foundation site here: “No other industry grew so rapidly in the last decades as the production of solar cells has – and none has collapsed as fast.” It all took just 15 years.

The Hans Böckler Foundation describes how small start-ups transformed into tech market stars and then became insolvent one after the other beginning in 2011. Names like Solar Millennium, Q-Cells, Centrotherm, Conergy all collapsed as quickly as they sprang up.

Some 30,000 jobs were lost in a single year alone and private capital worth double-digit billions “was destroyed”.

According to the Hans Böckler Foundation, “Financial market experts are only disputing if it involves 30 or 50 billion euros.”

Today politicians and Germany’s green media are mysteriously absent in “Solar Valley” and the heap of ruin that was left behind. Yet, they continue to insist that green energies are the way to go and refuse to learn the lessons of the solar energy subsidy debacle.

As Maxeiner writes, green politicians such as socialist Stephan Weil of Lower Saxony have learned nothing. Today leaders like Weil are calling for a Verkehrswende (transportation transition) and a transformation of the automobile industry!

According to Maxeiner, leading policymakers seem to believe that the problem can be solved by continuing down the same wrong path of subsidies, but at a faster speed.

Maxiener asks: “What are we supposed to understand from the transformation of the automobile industry? Bicycles can be made by the Chinese even more cheaply.”

The German publicist then describes how leaders in the country are caught up in a “transformation craze” where everything needs to be fundamentally transformed, no matter whether it makes any sense or not.

According to Maxeiner, politicians like Weil are now demanding that the car industry “stop building cars that people want, and only then will everything be good.”

Maxeiner summarizes: Now that Germany has long run the solar industry into a wall, it appears politicians are intent on doing the very same with the country’s auto industry. But to accomplish that, it will be necessary to run its coal industry into a wall so that power for electric cars will be able to run on clean wind energy.

And where will these electric cars come from?

40 responses to “From “Solar Valley To Death Valley”… How Germany’s Solar Industry Imploded – German Autos Next To Go?”