As the end of September closes in and the first signs of winter begin to appear, some people are wondering what to expect for the coming winter. Cold and snowy or mild and rainy?

Meteorologists are busy looking for signs of the coming winter using different methods. This season a variety of results have been emerging.

At yesterday’s Daily Update, veteran meteorologist Joe Bastardi for example tells us much of the US can expect a higher chance of a harsh winter. He also hinted how Europe could see a normal or even cooler than normal winter. His forecasts are based on analogues.

What follows is the forecast winter temperature deviation for December 2018: 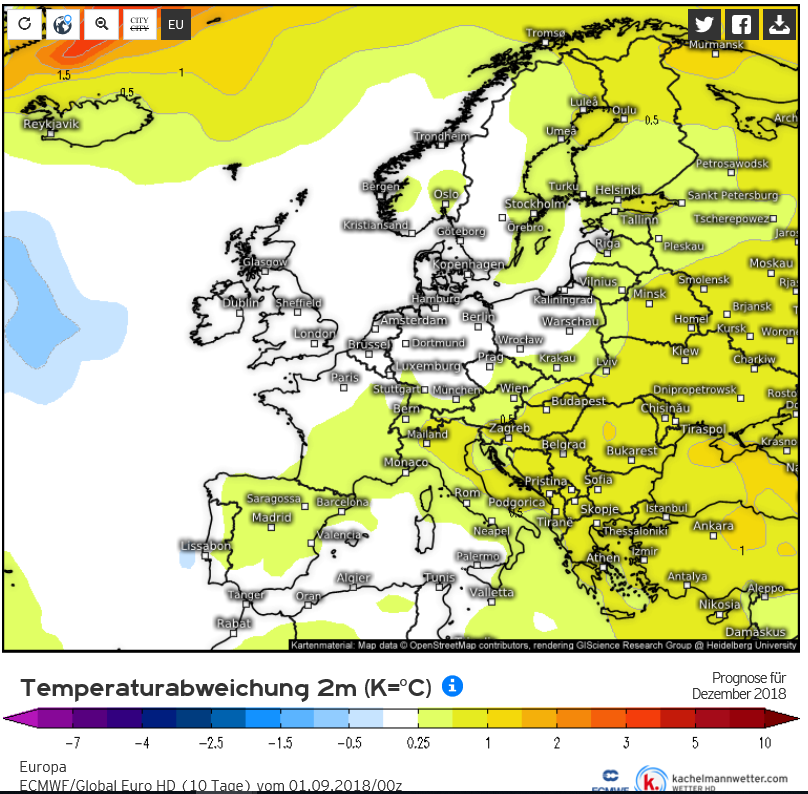 In December most of Europe can expect slightly warmer than normal temperatures, with northwest Europe near normal.

However things are projected to cool down a bit in January: 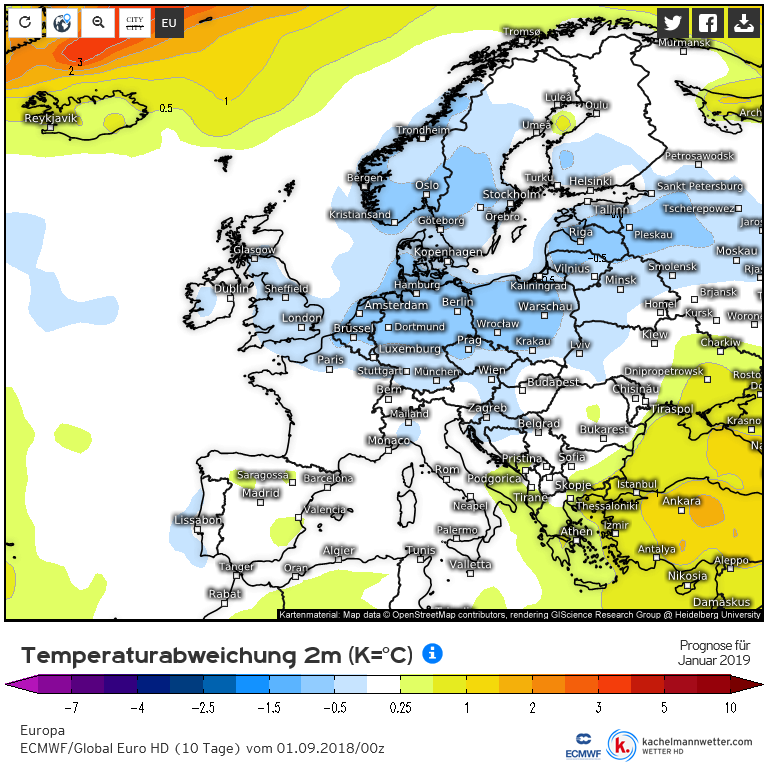 In January, according to the ECMWF simulation, most of Europe will be normal or a bit below normal. Northern Europe will be shivering somewhat more than usual. 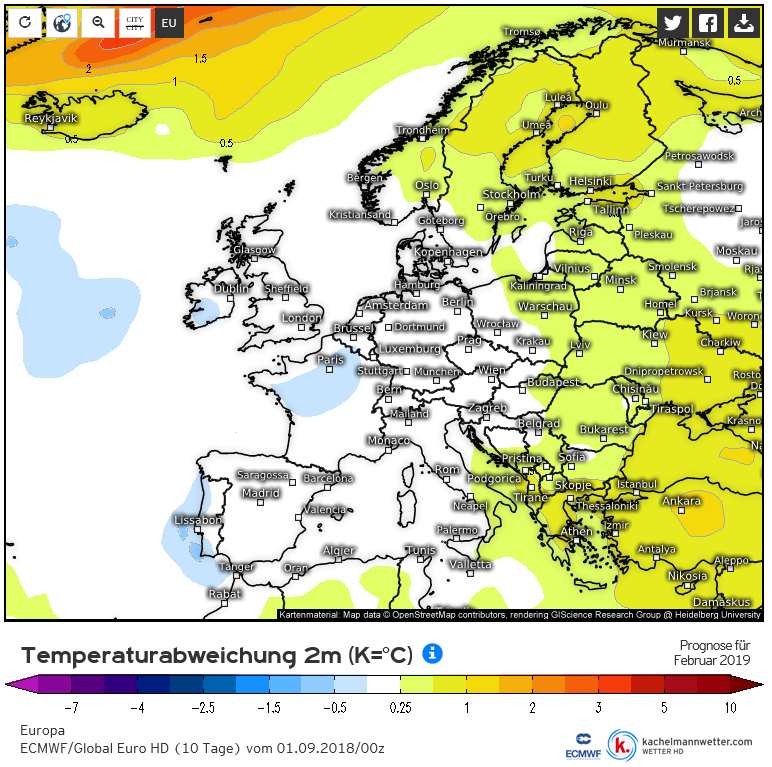 Above we see that Eastern Europe being a little on the warm side with much of western Europe near normal temperatures.

Gav’s weather vids here sums up it all up. In summary some are seeing a normal to slightly cooler than normal winter for Western Europe.

But not everyone sees white or blue, the National Weather Service NCEP GFSv2 model for the winter are seeing plenty of red. 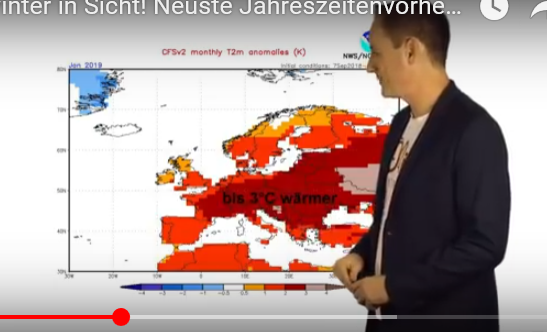 German meteorologist Dominik Jung above presents the GFS outlook, which shows Europe’s winter being dominated by lows dragging in moist and mild air from the Atlantic and so keeping the continent up to 3°C warmer than normal in January, and 1 – 2°C warmer in December and February.

The fact that the ECMWF and Joe Bastardi tend to agree and the GFS often struggles with long-term forecasts, it’s reasonable to think that Europe may very well see a fair share of winter.

But don’t bet the house on any one of these forecasts. All seasonal projections are fraught with plenty of uncertainty. The weather is always full of surprises.

3 responses to “Western Europe 2018/19 Winter Projected To Be Cooler Than Normal, Some Early Forecasts Suggest”