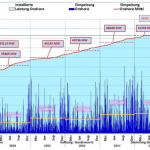 Share this…FacebookTwitterGerman wind park protest group MenschNatur posted here explaining how even adding more wind and solar capacity does not make Germany’s energy supply any more reliable, but in fact may even make it less so. Time and again the proponents of the Energiewende (transition to green energies) promote the idea that we must invest […] 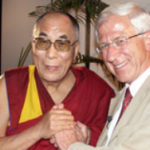 Share this…FacebookTwitterGerman journalist and climate activist Franz Alt delivers climate policy map that supposedly will bring salvation to humanity and the planet. German ultra-alarmist climate and energy site klimareporter here has posted a road map outline of what alarmists say has to be done in order to rescue the planet from the approaching climate Armageddon […] 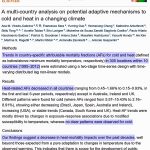 Share this…FacebookTwitterAccording to a comprehensive (305 locations in 10 countries) 2018 study, deaths attributed to extreme heat have been stable to declining in recent decades (1985-2012).  In contrast, deaths attributed to cold weather show “no clear patterns” – neither increasing or decreasing. Image Source: Vicedo-Cabrera et al., 2018 Across the globe, recent cold spells have […] 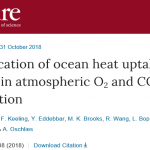 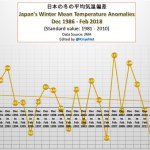 Share this…FacebookTwitterBy Kirye and Pierre Gosselin Japan winters are cooling The Pacific island nation of Japan refuses to obey climate scientists’ forecasts of warming and ignore climate alarmists and their chorus of doomsday shrieks. Climate trends are moving the other way. Now that February has ended, the 2018/19 winter is now in the books. We’ve […]

Share this…FacebookTwitterGerman WirtschaftsWoche (WiWo) journalist Ferdinand Knauss comments here how Germany’s energy policy amounts to “nature anihilation” through climate protection and warns of the environmental madness of green energy obsession. In his commentary, Knauss writes that if we wish to understand climate and environmental protection, we need to “look back into the history of the […]