Share this… Facebook TwitterNASA chief scientist Waleed Abdalati has issued a response to the letter of protest from 50 former esteemed scientists, engineers and astronauts. Unfortunately, his response only adds to NASA’s embarrassment. Normally when a professional organisation gets a high level complaint from such a number of esteemed members, the first step is confirm and […]

Share this… Facebook TwitterHow often do we hear screams “head for the hills, sea levels are rising fast!” from alarmists like James Extreme Hansen of GISS and Stefan Rahmstorf of the Potsdam Institute for Climate Impact Research (PIK)? Yet, study after study show that there is no evidence of accelerating sea level rise. All sea […]

Share this… Facebook TwitterUpdate: Now at Fox News! =============================== Eventually the sham is going to give, and the latest letter signed by 50 NASA experts, with more than 1000 years of combined professional experience, is a sure sign the gig’s about over. …..unproven remarks…..not substantiated…..hundreds of well-known climate scientists…..tens of thousands of other scientists publicly declaring their […]

Share this… Facebook Twitter If you ever wondered why people in the Green Movement often seem to take on an air of arrogance, condescending superiority, to be masterful at propaganda, spiteful of human population, preoccupied with lebensraum, intolerant of other views and just plain bossy, journalists Michael Miersch and David Harnasch tell us what is probably behind it. It […]

Share this… Facebook TwitterProf. Augusto Mangini of the University of Heidelberg in Germany is an expert for temperature reconstructions using stalactites and stalagmites. He was allowed to speak a whole 15 minutes at the World Extreme Weather Congress in Hamburg last moth, where he presented some sobering results. These in turn were reported by the print […]

Share this… Facebook TwitterChris Horner made a great presentation at the European Institute For Climate and Energy’s (EIKE) 4th Climate Conference, Munich, in November, 2011. A must-watch, recently posted video! Hat-tip: Reader DirkH Horner starts by focusing on the real aim of the green movement, which is to make energy expensive, and so we have […]

Share this… Facebook TwitterBest wishes for a Happy Easter to Christian readers. Celebrating the return to life. Public domain works; source Wikipedia. For Germany, this is the 2nd coldest Easter Sunday in the last 50 years. Many parts of the country woke up this morning with freezing temperatures and snow even down in the lowlands. Hat tip: […]

Share this… Facebook TwitterThere’s a new paper out called A model-data comparison of the Holocene global sea surface temperature evolution by G. Lohmann, M. Pfeiffer, T. Laepple, G. Leduc, and J.-H. Kim. Hat-tip: a reader. This is an important study because scientists need a way to check the reliability of their models. If the models can recreate […]

Share this… Facebook TwitterThe European Institute for Climate and Energy (EIKE)  has just posted the videos of the speakers at its conference that took place in November, 2011. Many are in English and all are well worth watching. Clink on the link above to access all the speakers. Above is Donna Laframboise, author of “The […] 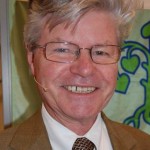 Share this… Facebook TwitterThe global warming movement really started up in the late 80s. Even back then blowhard scientists were telling us that the science was settled. And because the science was in fact not really settled and poorly understood, many fell into the trap of making downright stupid predictions.Today, 20 to 25 years later, […]

Share this… Facebook TwitterGreenpeace says the “pollution” from the North Sea gas platform Elgin impacts our global climate the most. Hat-tip warmist site: CO2 Handel. The gas platform, operated by French petroleum company Total, sprang a gas leak days ago and its crew had to be evacuated. According to Greenpeace chemist and activist Manfred Santen on Monday: […]