Few US organizations are feared and hated in Germany like the Heartland Institute is today. It’s probably number 2 on the list behind Marc Morano/CFACT. 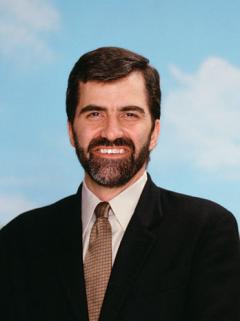 The Heartland Institute is supporting this weekend’s skeptic climate conference in Munich, being held by the European Institute for Climate and Energy (EIKE) and is thus playing a role in urging the German public to take a closer look at the global warming science and the data underpinning it.

This, for the German climate hysteria movement, is intolerable. Heartland’s success at exposing the bad science behind global warming must not be repeated here in Germany…which is the holy alter of the climate catastrophe movement. It is the last real bastion.

Already the warmists have mobilized and launched a campaign to tar and feather the public image of the Heartland Institute.

In the latest klimaretter piece, Grandia writes that “the Heartland Institute normally spreads its mischief in the USA” but there it has been discredited. “Now the notorious institute is trying to find new friends in Germany. It has found one.” Grandia writes that “at the conference in Munich, a small group of unqualified “experts” gets together to talk about their conspiracy theory that climate change is a “hoax”.

However the fact is that EIKE and the Heartland Institute are only interested in offering an alternative view of climate science, and to get answers to open questions. They have openly invited warmist scientists to attend. But instead of accepting and engaging in a dialogue, the warmists have responded with extremely hostile reactions and sharp intolerance. “There’s nothing to discuss. We are right,” they insist.

Grandia’s malicious piece has nothing to do with promoting the development of science and dialogue; rather it has everything to do with trying to marginalize and destroy perceived threats to their movement using Alinsky tactics. They’ve gotten very good at this, we have to admit, but they are still losing more than ever.

Grandia presents an idea to the German readers:

I suspect the group is taking their event overseas where the media is less likely to know the long and sordid details of Heartland’s other efforts to attack conventionally accepted scientific conclusions. Not to mention Heartland’s offensive Unabomber billboard campaign and a long list of other outrageous stunts.
Perhaps the Heartland Institute is banking on the German media’s failure to Google search for evidence of the group’s long history of attacks on science and efforts to confuse the public about climate change and an array or other threats to public health and the planet.”

The objective reader here should ask: Is it really about downplaying threats, or is it about exaggerating them? We haven’t seen warming in 16 years.

Grandia then gives the warmists’ take on the Heartland Institute, describing to readers its “dirty and climate-damaging business fields”, for example Koch Industries and the activities on behalf of Big Tobacco – ten years ago.

He then fast forwards to the present and claims Joseph Bast today is using the same tactics to spread doubt over climate science. He writes:

Bast is banking on the media overseas not knowing what media here in North America knows about Heartland’s shady corporate front group operation. Here, they are an organization completely discredited in the eyes of major media.

So my question now is: Will media in Germany fall for Bast and the Heartland’s latest attacks on reputable science and scientists? Will German media cover this year’s Denial-a-Palooza with a hefty dose of skepticism, or give them a platform to wrecklessly spread more confusion and doubt?

What do you think?

I think you’re scared excrementless. Why are you so trembly-handed over an open discussion?

It’s obvious. Although the skeptics are out-funded (by a factor of at least 100), doubt over climate catastrophism keeps growing and spreading. Why? Could it have something to do with the desolate quality of the warmist science?

Keep in mind that:
1. Temperatures have not risen in 16 years.
2. Hurricanes are near record lows (forget the media hype).
3. Sea levels have decelerated.
4. Antarctic sea ice has expanded over the last 30 years.
5. Over the last 10,000 years it was warmer than today 60% of the time. Etc.

These are the things the many skeptic scientists want to debate. But the warmists only want to hide from the media and public. They prefer to sling mud from the hinterhalt.