Spiegel Science Editor: “Surprises Me Again And Again How Some React To Critical Articles On Climate Science”

Share this…FacebookTwitterOn June 8 Spiegel science editor Axel Bojanowski wrote a rather harsh piece criticizing recent claims in the German media that “heavy rainfalls” were becoming more frequent in Germany when in fact there is no statistical evidence to support the claim. He even went so far to call the claims in the media “a climate bluff”. […] 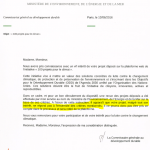 Share this…FacebookTwitterNow the latest on the French government disappearing a skeptic project from a climate contest. In a contest that is set up to find the best solutions to a “problem”, it is not always wise to propose irrefutable scientific evidence that shows the “problem” does not even exist, and thus making the contest a […] 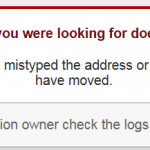 Share this…FacebookTwitterIt’s no secret that Dr. Sebastian Lüning’s outstanding, purely scientific Medieval Warming Period Map project has been held in very high regard within the science community. It’s also no secret that some government-funded scientists and a slew of activists are not at all happy that it has created controversy and cast serious doubt over climate science. Indeed […] 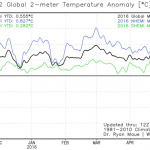 Share this…FacebookTwitterMeteorologist Joe Bastardi tweeted at Twitter the latest surface temperarture developments. I posted on this here yesterday. Joe tweeted the following chart by Dr. Ryan Maue: It shows how the surface temperature for the southern hemisphere is well into the cooler-than-normal territory, now close to a full degree Kelvin cooler than April’s peak. The […]

Share this…FacebookTwitterSchneefan at his site here writes about the unusually wet weather Europe has been experiencing lately. This has to be upsetting to global climate modelers and scientists, who years ago claimed Europe would have to expect hot, dry summers involving severe periods of droughts. That prediction has turned out to be totally wrong. The […]

Share this…FacebookTwitterBy Kenneth Richard When it comes to climate’s sensitivity to increases the CO2 concentration, the commonly stated assumption – based on modeled calculations – is that the resulting temperature change when CO2 concentrations are doubled from 275 ppm (pre-industrial) to 550 ppm is about 1.2°C. This is the direct result reported from doubling CO2 […] 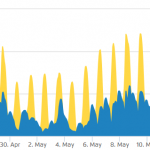 Share this…FacebookTwitterThe English language version of public broadcaster Deutsche Welle (DW) reports the latest on the unavoidable and what many critics are calling as long overdue reforms of Germany’s renewable energies feed in act (EEG) as the country reels from extremely high costs and daunting technical challenges. Pulling the reins on Germany’s wildly fluctuating sun and […] 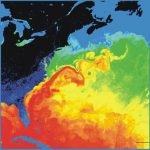 Share this…FacebookTwitterParts of Germany have been hit hard by unusually harsh downpours, flooding and thunderstorms over the recent days, prompting some alarmist scientists to barge into TV and radio studios to announce it’s due to human-made climate worsening. Now Spiegel science journlalist Axel Bojanowski comments on this behavior in a commentary titled: “Heavy rains in […]

Veteran German Geologist On Models: Forcing For Solar Activity Likely Will Have To Be “Drastically Increased”!

Share this…FacebookTwitterGerman geologist and the author of climate science-critical book The Neglected Sun, Dr. Sebastian Lüning has entered his Medieval Warming Period Map in the French government sponsored contest “100 Projects For The Climate“. Right: Dr. Sebastian Lüning. Photo Die kalte Sonne. Within the scope of the 100 Projects For The Climate campaign, French Minister […]