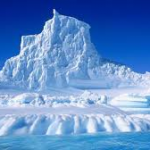 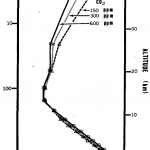 Low Solar Activity And Oncoming La Niña: “Only A Question Of Months Before Pause Resumes”?

Share this…FacebookTwitterSnowfan at wobleibtdieerderwärmung.de features a spotless sun and quite possibly the start of cooling now that the planet is well past the peak of the recent El Niño event. What follows are some excerpts, with some editing to shorten the text to save a little time. ============================ The sun goes on strike: First spotless […]

Share this…FacebookTwitterBy Kenneth Richard We routinely read about “highest ever” Arctic ice sheet and sea ice melt rates in the Arctic. And about rapid, “faster-than-expected” melting of ice shelves in West Antarctica.  And then, of course, we’re told that sea levels are rising at an accelerating rate — a catastrophically accelerating rate — due to […]

Share this…FacebookTwitterScientific Consensus: “Efforts to curtail world temps will almost surely fail” By Kenneth Richard Already this year there are 6 peer-reviewed papers examining efforts to curtail CO2 emissions through the use renewable energies. They all conclude that the effort won’t be successful. Given the trillions already committed and at risk of being totally wasted, […]

Share this…FacebookTwitterSome 15 years ago we were told that snow and ice in the wintertime would be things of the past. Then Europe and North America experienced a series of harsh winters and climate scientists, turning on a dime, suddenly declared them the result of global warming. Now that claim too is turning out to […]