Browse: Home / 2023 / January / 02 / Scientist: ‘There Is No Climate Crisis’ And ‘No Particular Correlation Between CO2 And Temperature’

The modern notion that human CO2 emissions are equivalent to a “deadly poison” may one day be viewed as “the greatest mass delusion in the history of the world.”

In a new paper published in the Journal of Sustainable Development, Manheimer (2022) summarizes some of the evidence for the lack of correlation between CO2 and temperature in the paleoclimate as he rips apart the claim that humans are driving a changing climate.

About 4000 years ago the limit of Northern Hemisphere tree growth extended 322 km (200 miles) farther north than it does today, as it was much warmer back then.

During Medieval times the Vikings were able to grow barley for centuries. Today Greenland is too cold to grow this crop.

The Romans grew wine grapes in northern Britain, indicating the climate was much warmer than today about 2000 years ago. Wine vineyards cannot flourish at these latitudes today (unless the new “hybrid” grapes, bred to survive in colder climates, are used).
Observing paleo temperature and CO2 concentration charts for the last hundreds of millions of years, it can be affirmed there is “no particular correlation between CO2 and temperature.” 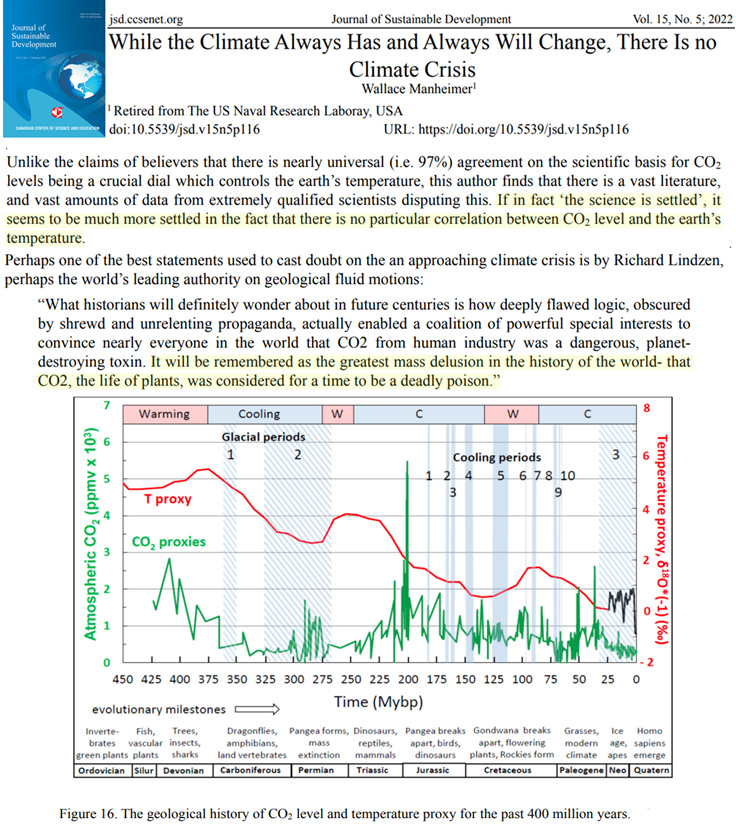 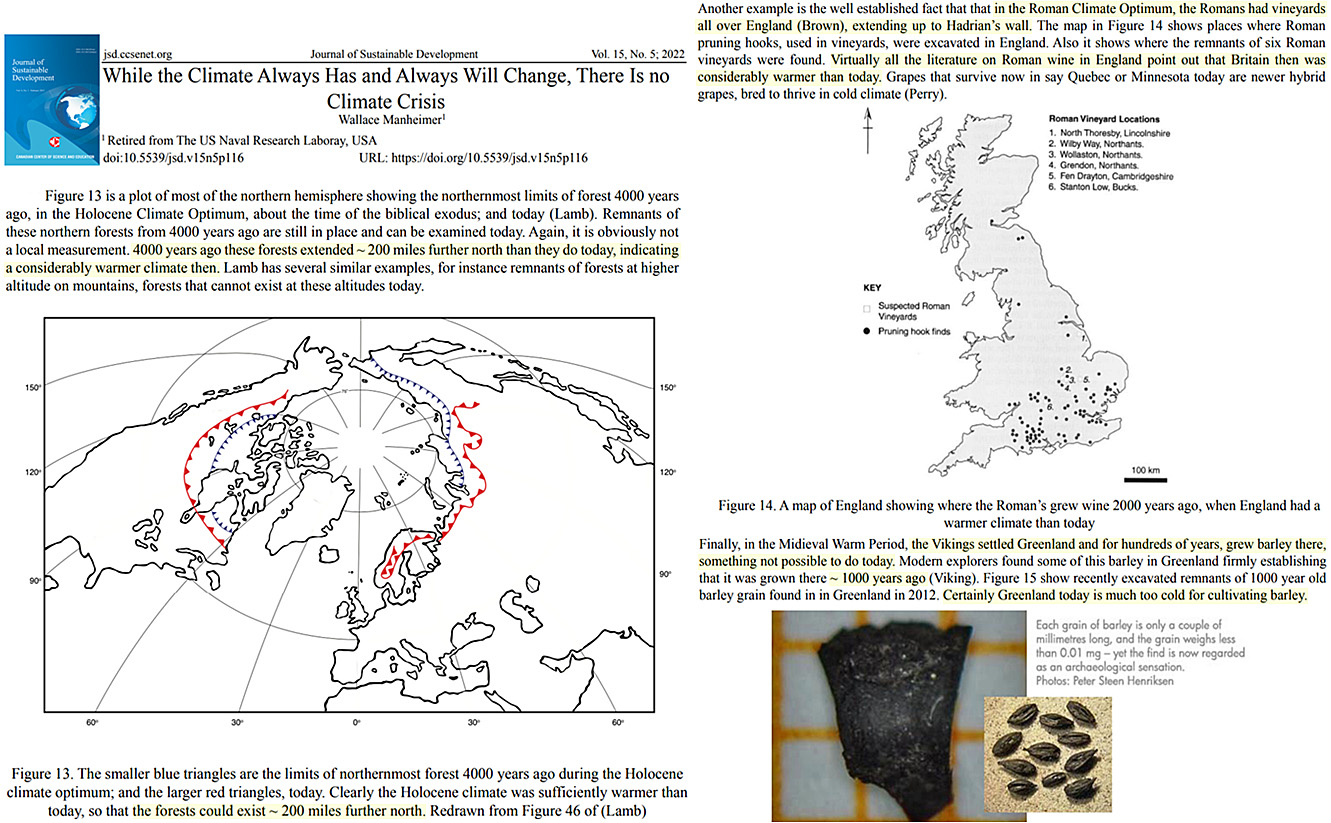 31 responses to “Scientist: ‘There Is No Climate Crisis’ And ‘No Particular Correlation Between CO2 And Temperature’”