Share this… Facebook TwitterGermany’s “disastrous” energy policy Nowadays in Germany, talk is swirling over whether Chancellor Olaf Scholz (SPD Socialists) still has confidence in Economics Minister Robert Habeck’s capability to run the country’s energy policy, which many are calling a disaster.  1000% rise in sales of electric heaters – in the summertime! Germany’s summer is […] 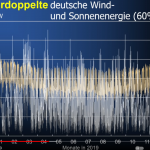 Share this… Facebook Twitter Leaked EU document on gas supply By Blackout News Russia has already suspended gas supplies to Poland and Bulgaria because they refused to pay roubles. The same threatens all European countries. The EU is therefore asking countries to share gas if Russia stops supplying it. The Spanish newspaper El País has now […]

Share this… Facebook TwitterMeanwhile western countries are getting pummeled by inflation, shaky supply chains, economic pain.  German energy site Blackout News here reports that Russia’s oil exports remain unfazed despite the embargos by western countries. “In the second month of the war on Ukraine, Russia exported more oil than a year earlier, despite the oil […]

Share this… Facebook TwitterThe nuclear industry association is calling for an extension of operating lifetimes. But in Germany, there is a lack of political will, and the operators are profiting from the green energy business. The damage is paid by the citizen. By Holger Douglas Hat-tip: EIKE There could not be a better symbolic image: […] 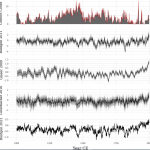 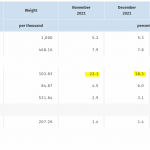 Share this… Facebook TwitterThe inflation rate in Germany is expected to be +5.1% in February 2022…powered by spiraling energy prices. “Inflation is like toothpaste. Once it’s out, you can hardly get it back in again.” – Karl Otto  Pöhl, German economist, former President of the Bundesbank. Late last year when it became clear to everyone […] 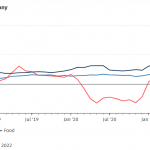 Share this… Facebook TwitterJust when we thought leaders couldn’t possibly screw things up more…now Europe faces a massively crippling energy shock and the German Chancellor closes pipeline…NATO’s frightening race to war with Russia.  The inflation rate in Germany stood at +4.9% in January, 2022. In December 2021, it had been +5.3% when it reached its […]