Russian Arctic Scientist: Permafrost Changes Due To Natural Factors…”It’s Going To Be Colder”!

Share this…FacebookTwitterSebastian Lüning’s and Fritz Vahrenholt’s Die kalte Sonne presents an interesting view on permafrost from Russia. I’ve added some extra quotes from the video for non-German readers. After widespread sea ice melt in the Arctic in the 1930s and 40s, the ice re-established itself. In the 1970s the temperature dropped and sea ice increased. […]

Share this…FacebookTwitterGood to see that the British government is finally realising that renewable energy is “foolish” and that a fundamental change in course is necessary. This is revealed by an undercover video rolled by Greenpeace, who of course are shocked that Britain would want to end its folly. At the 4:19 mark Greenpeace has Peter Lilley […] 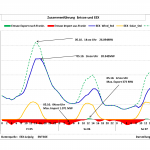 Share this…FacebookTwitterGermany has spent money on renewable energy, like wind and solar power, like few others in the world. So far the country has invested hundreds of billions. How’s the return on investment? Pretty lousy, especially this November. The European Institute for Climate and Energy (EIKE) today has a story on how wind parks and […]

Share this…FacebookTwitterIf you look at the photos here, you’ll notice there are no solar panels on the roof – even though the region gets lots of sunshine. In fact the house indeed is a real energy pig and probably consumes more than an entire working class neighborhood. Think of the huge carbon footprint created by manufacturing […]

Munich Blackout…Consumers Learn Today That Their Electricity Rates Will Skyrocket To Record Levels In 2013!

Share this…FacebookTwitterNow that a day has passed since the Munich Blackout, the Munich City Utility (Stadtwerke) still has not been able to determine the cause. It’s a mystery! Many naughty citizens are speculating that Germany’s frantic, hasty rush to renewable energy may have contributed to the blackout because of growing grid instability caused by the wildly […]

Munich Blacks Out! Welcome To The Future Of Germany’s Energy Transition! Harbinger Of What Green Energy Holds?

Share this…FacebookTwitterToday DIE WELT reports that large swaths of Munich saw the power go out this morning starting at 7:01 a.m. local time, leaving thousands in the dark and the affected areas paralyzed for about half an hour. Just a simple short circuit? (Photo source: Robert Lawton, licensed under the Creative Commons Attribution-Share Alike 2.5 […] 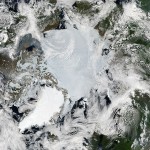 Share this…FacebookTwitterGerman online news weekly FOCUS here has a report on the impacts of climate change on European winters, particularly those in Germany. Dubious science: German scientists claim warming Arctic leads to a colder and warmer Northern hemisphere. Photo source: NASA, public domain. A few years back we all heard scientists saying that snow and […]

Share this…FacebookTwitterSpiegel here writes 2011 global CO2 emissions have just been released – a new (modern) record! It sounds like a broken record played year after year after year…”CO2 emissions break a new record!” And year after year we are shown the chart depicting atmospheric CO2 concentrations (see below) accompanied by grave warnings that the greenhouse gas […]

Share this…FacebookTwitterNatural gas was once viewed as the compromise between expensive renewable energy, such as wind and solar, and dirty sources like coal. It is cheap, plentiful and capable of providing a steady supply. Lies against the IVG German gas cavern facility expansion. (Photo credit: SPD in Lower Saxony, Creative Commons-Lizenz Namensnennung 2.0 US-amerikanisch (nicht portiert)) […] 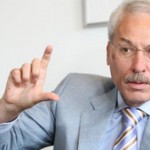 Professor Vahrenholt: Climate Science “A Real Effrontery”… “Scientists Leave The Room When They See Me”