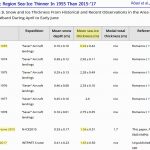 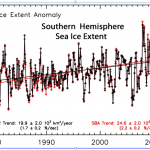 Share this… Facebook TwitterOn June 13 Chris Mooney of the Washington Post wrote how Antarctica’s ice sheet was “melting at a rapidly increasing rate” and “pouring more than 200 billion tons of ice into the ocean annually” — all this according to “a team of 80 scientists”. The doomsday media response was immediate. Mooney of course blamed […] 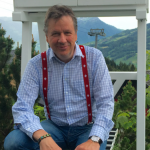 Share this… Facebook TwitterNo one understands the causes of weather better than highly experienced meteorologists. And so when it comes to questions about extreme weather events, there is no one better to ask than prominent Swiss meteorologist Jörg Kachelmann (or Joe Bastardi in the US). Yesterday at Twitter the veteran, high-profile Swiss meteorologist Kachelmann tweeted […] 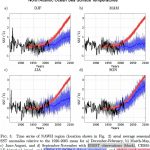 Another Warming ‘Hole’? Observations Show The North Atlantic COOLED By -0.8°C/Century Since 1800s

Share this… Facebook TwitterIn a new paper, scientists document another long-term cooling trend, this time in the North Atlantic’s sea surface temperatures.  Characterized as yet another stubborn “warming hole” in the anthropogenic “global” warming (AGW) narrative, the cooling trend amounts to “0.8 K century-1” and does not follow expectations outlined in models of  global-scale warming. The […] 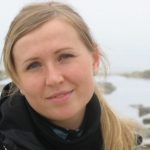 Share this… Facebook TwitterA very recent study by Swedish scientists appearing in the journal Climate of the Past examining bottom water temperature (BWT) off the coast of Western Sweden (Gullmar Fjord) going back 2500 years found that “the most recent warming of the 20th century does not stand out.” Team of researchers led by Irina Polovodova Asteman, […] 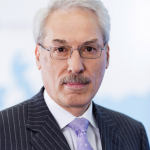 Share this… Facebook TwitterIn two new papers, scientists affirm a strong connection between solar activity and the Earth’s climate, as temperatures are said to be 3 times more sensitive to solar forcing than CO2 forcing.  With the advent of  a grand minimum in the coming decades, a consequent “dampening” of temperatures (and slowing of sea […]

Share this… Facebook TwitterThere’s capital to be derived from climate change, and now spiritual leaders and organized religion are getting in the act. And they offer a real Hell you can believe in – even certified by science! Religion comes up with an all new, improved Hell As enlightenment over the past decades and centuries have […]

Share this… Facebook Twitter Russian Arctic in 1920-1940 was warmer than today By Dr. Sebastian Lüning and Prof. Fritz Vahrenholt (German text translated/edited by P. Gosselin) The topic today is the temperature trend in the Arctic. Of special interest are the hard facts. At Climate4You we find the satellite measured temperature development (UAH) of the […] 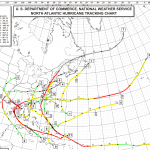 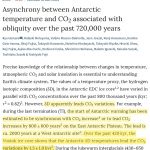 Share this… Facebook TwitterIt has long been established in the scientific literature (and affirmed by the IPCC) that CO2 concentration changes followed Antarctic temperature changes by about 600 to 1000 years during glacial-interglacial transitions throughout the last ~800,000 years (Fischer et al., 1999; Monnin et al., 2001; Caillon et al., 2003; Stott et al., 2007; Kawamura et al., 2007). In contrast, […]