German ARD public television wishes to believe climate skepticism in the country is fueled by American Big Oil dollars. The reality is that German skepticism is a far broader phenomenon.

The ARD Monitor public television report, aired earlier this month in the wake of Europe’s hot and dry summer, looks into the German climate denial movement, and pretends to have uncovered that it is shadowy and all clandestinely fueled by the American gas and oil industry.

First the report begins by focusing on the “amazingly crazy” hot and dry summer Germany just experienced, as if to say how could anyone possibly deny this is not climate change.

And to drive the point home to viewers that climate change is real and extreme, ARD Monitor interviews “one of the most renowned climate scientists of our time, Professor Hans-Joachim Schellnhuber of the Potsdam Institute for Climate Impact Research”, who comments that the planet is on the way to becoming uninhabitable unless we stop using fossil fuels immediately.

Bjorn Stevens: Having to debate the facts “is enraging”

To add more gravitas to the claim that man-made climate change is real and the debate is over, Monitor also interviews “renowned climate researcher” Prof. Bjorn Stevens of the Max Planck Institute for Meteorology, who tells Monitor:

That we have to debate the facts to me is enraging, or disappointing in any case because there’s no question about it. There are many questions, but that CO2 is heating the climate is not one of them.”

ARD Monitor set up: Anyone disagreeing simply has to be some sort of a misfit. So where’s could all the climate skepticism be coming from?

So with the two distinguished scientists saying the science is settled, the ARD Monitor report next moves on to finding out where all the “denial” in Germany is coming from. The answer: from the Jena, Germany-based European Institute for Climate and Energy (EIKE), funded by the freedom-obsessed Heartland Institute and CFACT. These two organization are supposedly funneling money from Big Oil and a hedge fund millionaire named Robert Mercer.

According to Monitor, the Mercer Foundation has funded the Heartland Institute to the tune of “millions of dollars” over the years.

Another big provider of funding is the ExxonMobil Foundation, which according to the German documentary supplied funding to the Heartland Institute and other organizations, among them CFACT, as shown by filed Form 990-PF documents (5:50 mark): 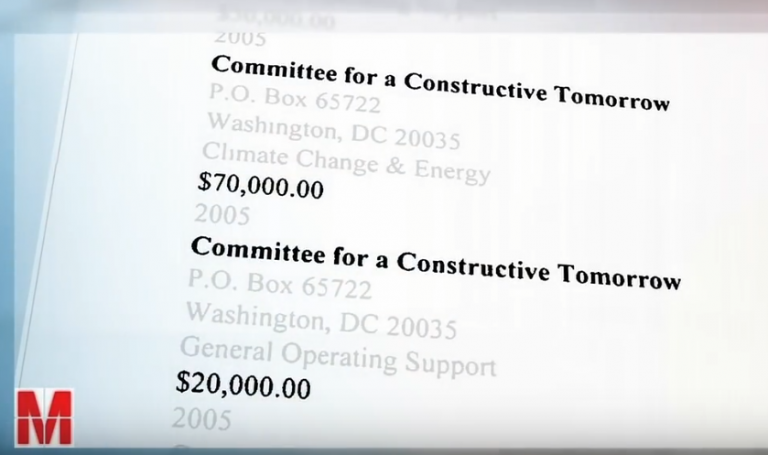 Documents presented by ARD Monitor, however, show donations were made more than 10 years ago, in 2005.

Oreskes produces no evidence of funding

Surely there has to be more funding after that, ARD Monitor tells the audience, and so brings in climate activist Naomi Oreskes (6:05), “an expert on the climate skepticism scene” to provide the proof”. 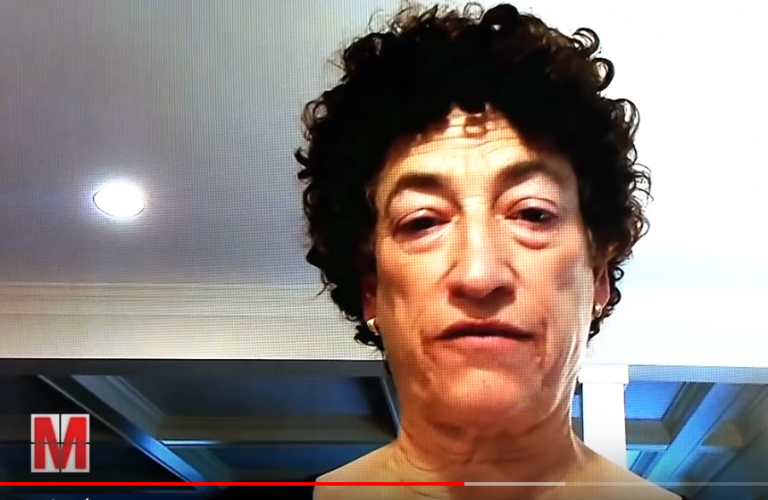 In terms of funding, it’s really hard to make statements on this because many of the organizations have taken steps to hide the channels. But we have clear evidence that organizations like CFACT and The Heartland Institute are being massively funded by the oil, gas and coal industry, and from other industries, especially chemicals and pesticides.”

However, none of that “clear evidence” gets shown by Oreskes, yet with her seal of approval, it’s good enough for ARD Monitor to present it as established fact.

ARD Monitor next reports how the Big Oil money trail leads to Germany to fund skepticism: through The Heartland Institute and CFACT and ending up at the European Institute for Climate and Energy (EIKE), which this blog here occasionally links to.

Shown by ARD Monitor are images of an EIKE climate conference with the Heartland Institute and CFACT logos in the background. The conferences take place annually and anyone can visit them and so it has never been a secret that the organizations are linked, yet ARD Monitor tries to appear as if they’ve succeeded in exposing something big and shadowy, when in fact it has always been out in the open for years.

EIKE is in fact glad for every media outlet that shows up to the conferences it sponsors.

So it’s all the more mysterious that EIKE spokesman physicist Prof. Horst-Joachim Lüdecke denied knowing CFACT and The Heartland Institute before an ARD Monitor camera. For whatever misguided reason, Lüdecke tried to deny the very obvious EIKE link to CFACT and Heartland, although it’s no secret  at all. That was a huge gaffe by EIKE  and so the organization ended up looking suspicious to German viewers.

I contacted EIKE to inquire why spokesman Lüdecke would say such a thing. EIKE blamed it on “confusion.”

The reality is that a large part of climate skepticism spreading in Germany arises from a number of other sources, like books and blog posts by luke-warmists Fritz Vahrenholt and Sebastian Lüning, from publicists such as Dirk Maxieiner, and Michael Miersch, achgut.com, critical journalists like Daniel Wetzel of Die Welt or warmist journalist Axel Bojanowski of Spiegel. There are others in Switzerland and across Europe.

These cooler heads have warned that all the hysterical claims are hurting efforts to deal with climate much more than they are helping.

More skepticism in Germany also arises from meteorology experts who on social media platforms often feel compelled to publicly point out and correct the often outlandish climate and weather claims that get communicated to the public. All the horribly exaggerated communication by the scientists, politicians and media have led to a significant credibility loss.

And when the media deceive and tell half truths on other issues, people tend not to believe anything they are told. Media have gotten so poor in Germany that the joke today is that the only news one can trust from the major networks are the weather forecast and the lottery numbers.

At ARD television, the news are said not to begin at 8:00 pm, rather at 8:13 pm (lottery numbers and weather report).

Moreover, there’s growing resistance from the more than 1000 citizens’ initiatives opposing the wind energy industrialization of Germany’s landscape and forests. These concerned citizens have banded together and increasingly view climate protection as forest and natural habitat destruction.

So it’s only natural for these concerned people to become more open to climate science criticism.

Also a number of leading engineers and industrial experts and trade associations have been warning for years that a power grid relying heavily on volatile wind and sun would never be able to meet Germany’s energy needs.

The Energiewende (transition to renewable energies) was sold to the public some 20 years ago as something that would make energy cleaner, cheaper and better. The reality, however, has turned out to be very different.

Little wonder so many are growing skeptical.