Increasing CO2 in the atmosphere is supposed to be trapping heat and thus warming the global temperature.

But when we look at the Japan Meteorological Agency (JMA) statistics from my home country of Japan, one does not find any such warming over the recent decades.

I looked at the number of so-called cold days in Tokyo, i.e. days on which the thermometer dropped to 0°C and colder. Surprisingly over the past 30 years the trend has been more cold days, and not less: 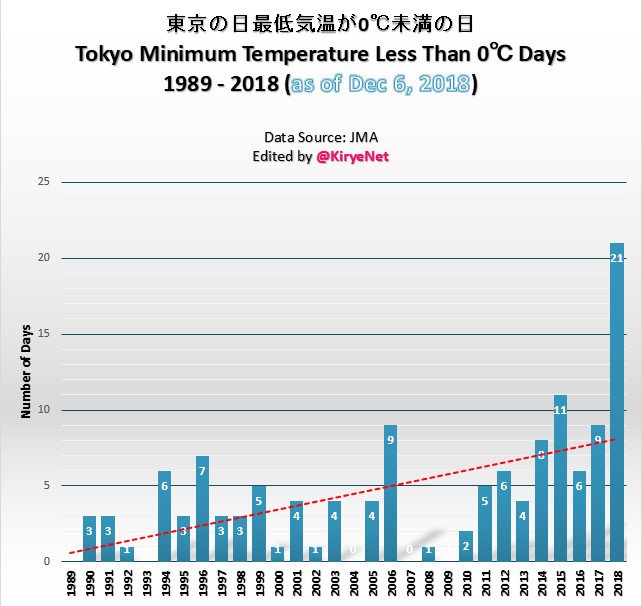 Next I looked at the rural station of Miyama near Kyoto. This station shows a decreasing number of cold days trend since the data there began: 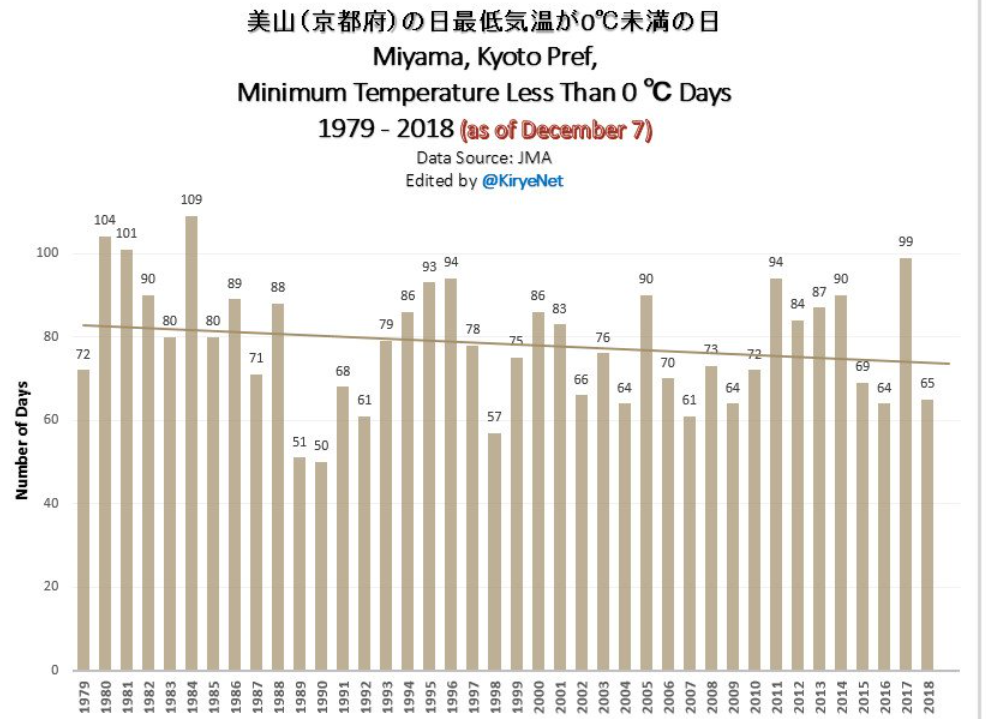 However, when we look at the past 34 years, a period when experts said in the late 1980s we’d see great warming, the opposite has in fact occurred: 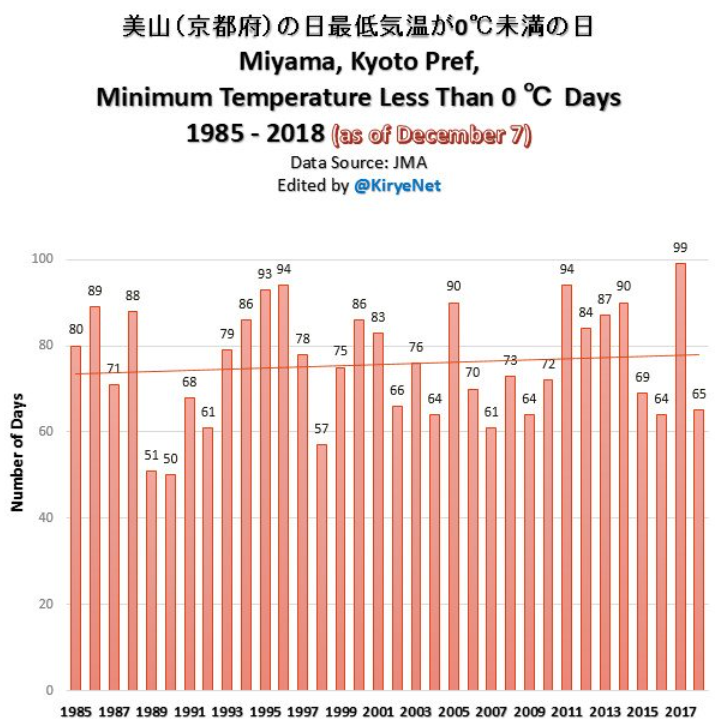 The number of cold days at Miyama has since been on the rise. And if I started the chart at 1989 (30 years), the upward trend would be even more impressive.

Now moving far north to Hokkaido to the station of Suttsu, we also find the trend is the same over the past 30 years: we are seeing more cold days, and not less as we’d expect from a warming planet: 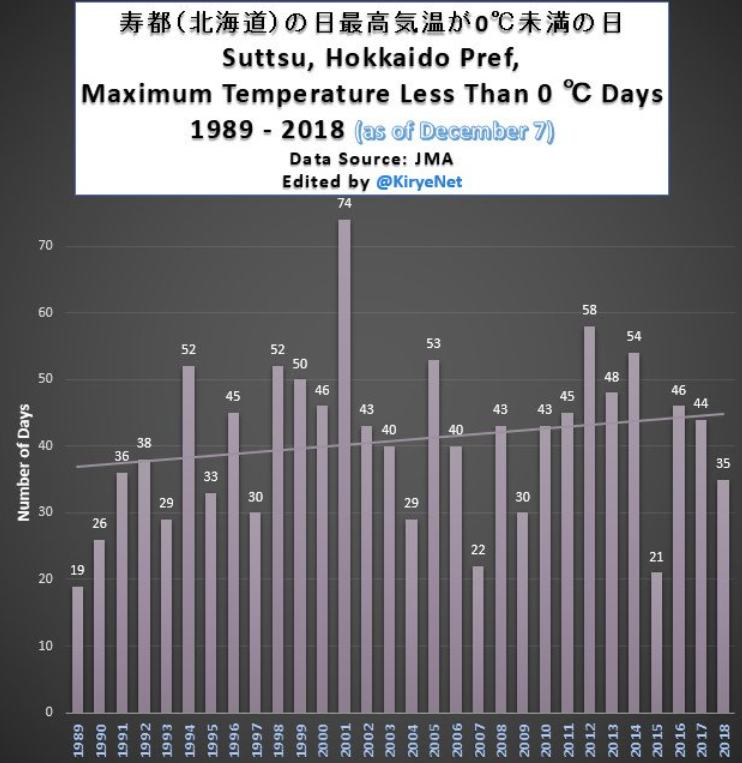 Moving to Kochu Prefecture to Murotomisaki station, here as well we find no downward trend for cold days. Cold days are on the rise: 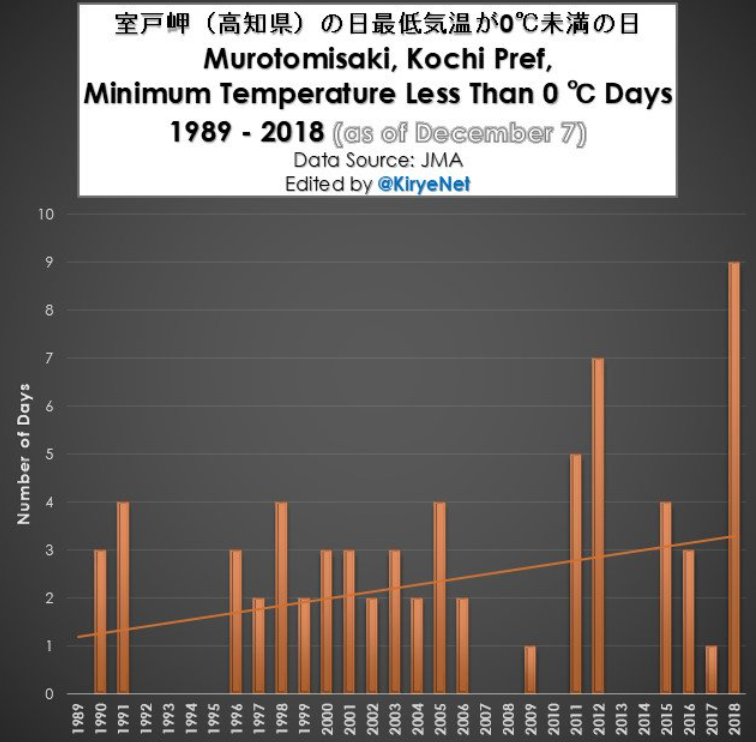 Also the station of Tottori has been seeing an upward trend in the number of cold days over the past 30 years: 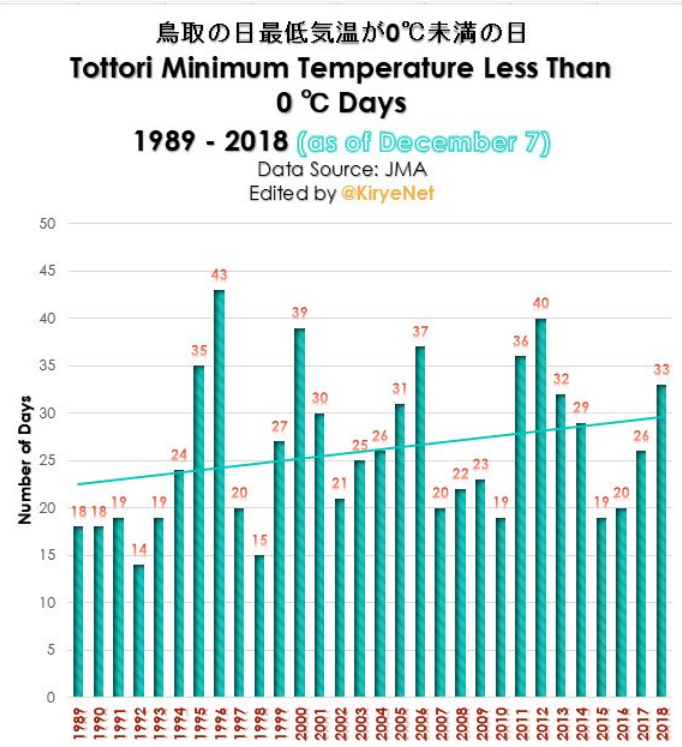 Of course over the past 200 years there has been a long term warming as the planet climbed out of the Little Ice Age. But overall over the past 3 decades, Japan has been seeing an increase in cold days. This should not come as a surprise because recently we found out that 90% of all rural sited stations in Japan have shown no warming trend, or even cooling, over the past 20 years.

The data show here has been no warming in Japan, and leaders need to finally acknowledge this.