Share this… Facebook TwitterCoastal history analyses increasingly suggest sea levels are lower today than at any time in the last 7000 years – even lower than the 1600s to 1800s. Recently we compared cartology from the 17th to 19th centuries to direct aerial images of coastal positions today. Rather surprisingly, there seemed to be more […]

Those Calling For Defunding Police Are Real Fools, Should Not Even Be Close To Any Public Office 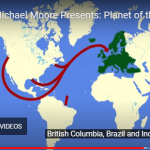 Share this… Facebook Twitter German Coal Power Plants To Be Converted: To Burn Trees Millions of trees to be shipped from around the world to Europe to be burned as “green coal”. Image cropped from “Planet of the Humans” By Die kalte Sonne (Translated/edited by P. Gosselin) On May 2, 2020, we reported on the […] 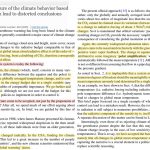 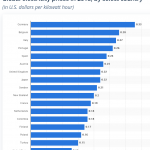 Share this… Facebook TwitterGerman online site Stromreport writes that since the year 2000 the average electricity price for private households has risen from 13.94 to 30.43 euro cents per kilowatt hour (2019). German electricity prices for households are among the highest worldwide. Image: Statista.com The price increase has little to do with demand or markets, […]

Meteorologist: “Can’t See Any Evidence” …Asks WMO What’s The Basis For Forecast Of “Another Record-Breaking Summer”?

Share this… Facebook TwitterOn May 26, the World Meteorological Organization (WMO) issued a press release warning of “another record-breaking heat season” for the northern hemisphere this summer, along with the potential of the COVID-19 pandemic amplifying the health risks of the hot weather. Media outlets picked up the WMO warnings and spread panic stories of […] 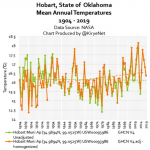 Share this… Facebook TwitterBy Kirye (photo right) and Pierre Gosselin Today we post before-and-after mean annual temperature charts for 6 US stations in the midwest region with a low brightness index (BI), meaning low impact from the urban heat island (UHI) effect, which arises from widespread asphalt, concrete and infrastucture. The low BI index tells us that […] 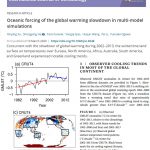 Share this… Facebook TwitterIn recent decades there have been “notable cooling trends” throughout many regions of the globe according to several new studies. A year ago NoTricksZone (NTZ) announced Greenland Has Been Cooling In Recent Years – 26 Of Its 47 Largest Glaciers Now Stable Or Gaining Ice. Six months ago NTZ cited several scientific […]

Share this… Facebook TwitterRecently I wrote here how Germany’s now infamous record-setting weather station in Lingen was producing readings that were 2-3°C hotter than surrounding stations, yet the German DWD weather service refused to acknowledge the station was likely producing bad data. Today they admit the station has problems and that they will be moving […] 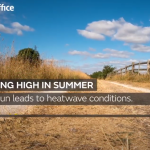 Share this… Facebook Twitter Image cropped from Met Office here.  By Die kalte Sonne (German text edited by P. Gosselin) On June 3, 2020, npj Climate and Atmospheric Science published a study by Athanasiadis et al. 2020, in which the authors investigated the question of whether changes in the frequency of blocked weather situations in […] 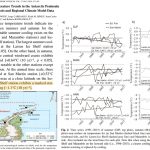 Share this… Facebook TwitterTemperature stations along the coast of the Antarctic Peninsula indicate “marked statistically signficant cooling” has occurred since 1991, with the Larsen Ice Shelf cooling at a rate of -1.1°C per decade. Image Source: Bozkurt et al., 2020 Bozkurt et al., 2020 “Observed near-surface temperature trends indicate important contrasts between summer and autumn for […]

Share this… Facebook TwitterSo far no signs of another super hot-dry summer for Europe, which media have been alarming about.  Veteran Swiss meteorologist Jörg Kachelmann tweeted the 45-day projections for Europe. In terms of precipitation, Europe saw drought conditions over the past two summers (2018 and 2019) and climate alarmists claimed this would be the […]