Share this… Facebook TwitterClaims that modern temperatures are globally warmer than they were during Medieval times (~800 to 1250 A.D.) have been contradicted by a flurry of new (2019) scientific papers. Southern Ocean/SE Pacific (SSTs) The Medieval Warm Period (1100 years BP) was 1.5°C warmer than today (14°C vs. 12.5°C) in the SE Pacific or […] 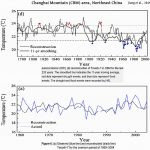 Share this… Facebook TwitterTwo more new papers add to the voluminous paleoclimate evidence that most of the last 10,000 years were much warmer than modern.  The globe was about 4 to 6°C warmer than it is today between 9000 and 6000 years ago, when CO2 concentrations centered around 265 ppm. Image Source: ScienceDaily.com Some regions […]

Share this… Facebook TwitterEarly May saw a surprise heavy snowfall across parts of central Europe and near record levels for that particular time of year up in the Alps. Such events do little to bolster public confidence in the claim the globe is warming. So leave it to the ultra-alarmist Potsdam Institute for Climate Impact […] 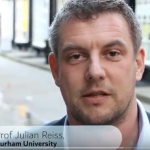 Share this… Facebook TwitterDemocracy under attack by scientific elitists Lately we’ve been seeing a worrisome trend of questioning democracy’s effectiveness in fostering social progress. Too often we cynically hear “The average citizen is just too stupid to vote correctly at the ballot box” and important decisions should be done by “real experts”. Schellnhuber and the […]

Share this… Facebook TwitterCould a transition in paleoclimate reconstruction be underway? More and more, scientists aren’t hiding statements or graphical depictions of the lack of modern warming or the much-warmer Holocene past. A compilation of 35 papers from across the globe indicate that modern climate is not unusual, remarkable or unprecedented, and that large regions […]

Share this… Facebook TwitterCold in the USA: That’s got to be climate change, right? By Die kalte Sonne (German text translated/edited in the English by P Gosselin) “Climate communicators” always have the same “right” interpretation for every weather event: It’s climate change! A warm, especially dry summer in Germany? Climate change! We reported on this […]

265 Papers Published Since 2017 Subvert The Claim That Post-1850s Warmth Has Been Unusual, Global 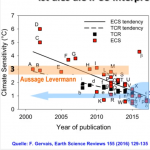 Share this… Facebook TwitterThe non-falsifiable climate catastrophe: No matter if it’s hot or cold – it always has got to be global warming By Die kalte Sonne (Text translated by P Gosselin) The Central European heat summer of 2018 was a feeding frenzy for the followers of the climate disaster. The media turned it into sensational […]

Share this… Facebook TwitterUnmasking Marcott’s “Uptick” 20th century “uptick” from Marcott et al., 2013, RealClimate.org   Almost immediately after it was introduced to the public, the lead author of Marcott et al. (2013) squelched the narrative that said the hockey-stick-shaped reconstruction he and his colleagues produced is a robust representation of modern global-scale temperature changes. In an interview […]