Share this…FacebookTwitterSpiegel today describes a COP 19 UN climate conference that has descended into a stunning chaos. NGOs are fuming that governments are no longer taking IPCC science seriously, and are now boycotting in anger. The situation is so bad that environmental activist groups have had enough and are walking out. According to Spiegel, Oxfam, Greenpeace, […] 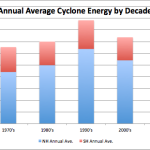 Share this…FacebookTwitterIs Cyclone Activity Increasing? By Ed Caryl In the aftermath of the sole very strong tropical cyclone we experienced this year, all the catastrophists have since piled on claiming it was all caused by a warming world. They conveniently forget that one of their claims is that the polar regions are warming faster than […]

Share this…FacebookTwitterHere’s a segment of the press conference video of COP 19 from CFACT. Verna from the UK Youth Climate Coalitions is stunned how anyone could doubt the global warming religion, asking the panel, “How you can sleep at night?” Clearly the young lady has never read the science and refuses to be aware that […]

Share this…FacebookTwitterGermany has always been viewed as one of the leaders in “fighting climate change”. But when you examine what the country has really accomplished in reducing CO2 emissions, we see that country’s actions tell another story. And when you examine its current activities, one thing stands clear: Germany is no longer taking the futile fight against […] 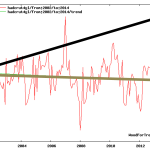 Share this…FacebookTwitterAccording to 53-page report here released by environmental activist group urgewald.org/, which looks at financing of the coal industry by major banks, global coal consumption has risen “to a staggering 7.9 billion tons annually”; that’s a 69% increase since the year 2000. A real “climate catastrophe” hyperventilates the Urgewald report! And so applying global warming theory, which […] 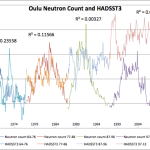 Cosmic Rays And Impact On Climate

Share this…FacebookTwitterBy Ed Caryl Henrik Svensmark wrote the book on cosmic rays, their possible effect on clouds, and thus effect on climate, as well as numerous papers on the subject. The CERN CLOUD experiment has looked for proof of the mechanism. A recent paper by Spencer and Braswell has looked at the relationship between clouds and […]

Share this…FacebookTwitterIt seems every time Stefan Rahmstorf makes a claim about climate, there’s almost always something very creative and acrobatic about the statistical approach he uses on which to base that claim. Rahmstorf seems to feel very much at home with the climate-Armageddon-theorists at his ultra-alarmist Potsdam Institute. =========================================== By Sebastian Lüning and Fritz Vahrenholt […] 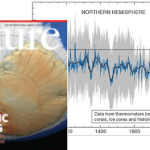 Share this…FacebookTwitterBy Dr Sebastian Lüning and Prof Fritz Vahrenholt (Translated, edited by P. Gosselin) Perhaps you’ll recall how about a year ago a draft version of the recently appearing IPCC AR5 found its way to the public’s attention. That draft report contained an important chart that clearly illustrated the failure of all climate prognoses over the […] 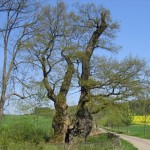 Report Claims Forests In Germany Ailing Due In Part To Climate Change: Winters Have Been “Too Frosty”!

Share this…FacebookTwitterTo illustrate the absurdity that global warming science has become, global warming is claimed to cause climate change, which in turn now causes winters to be too cold! This is what some leading German state officials would like to have people believe. 1000-year old oak tree in Germany ailing because of “climate change”. Photo […]