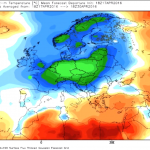 Share this…FacebookTwitterNot only should we be concerned about the overall cooling that is now in the works for the globe, as we reported here, but for those of us in Central Europe we can now forget about getting out the sundry summer items for at least another week. The frost on my car’s windshield yesterday […]

“Powerfully Cold La Niña” Coming At Us Like An Express Train …Could Set A New Record!

Share this…FacebookTwitterThe web media have been reporting on how a group of activist attorneys general have recently launched efforts to clamp down on climate science dissent. The science-dissent crackdown is spearheaded by 16 Democrat attorneys general and US Justice Department head Loretta Lynch, who is falling back in part on the powerful federal RICO (anti-racketeering) […]

Share this…FacebookTwitterOcala, FL (PRWEB) April 13, 2016 – Global Weather Oscillations (GWO) has issued the most accurate hurricane and El Niño predictions by any organization over the past 8 years, and was right on the money with the United States winter predictions and California drought the past 3 winters. Photo: meteorologist David Dilley, GWO With […] 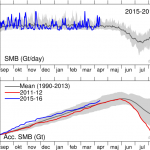 Share this…FacebookTwitterNote: Title above is that of NoTricksZone, and not of Kenneth Richard. —————————————- Glacier, Ice Sheet Melt Rates Slowing! By Kenneth Richard In recent years glacier and ice sheet melt rates have been rapidly decelerating in several regions of the globe. For illustration only. By Beeblebrox – Own work, CC BY-SA 3.0, https://commons.wikimedia.org/w/index.php?curid=11810995 According to […]

Share this…FacebookTwitterMeteorologist Paul Dorian at Vencoreweather.com here has a post on the latest concerning El Nino and global sea ice. Not long ago the warmists and alarmists were jumping and hollering about the drop in Arctic sea ice, accompanied by talk (hope) of an ice-free Arctic. Arctic sea ice rebounds Looks like all the talk […] 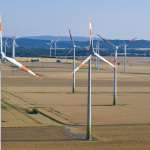 Share this…FacebookTwitterGerman Bavarian Broadcasting, Bayerischer Rundfunk (BR), has a report on wind energy in the southeastern state that is famous for its Oktoberfest, dirndls and lederhosen. It appears the brakes have been effectively applied to the scenery pollution industry. Eyesores no longer welcome in Germany. Photo: wind park in Lower Saxony, for illustration only, Philip […]

Share this…FacebookTwitterWhat the older science generation lacks in science competence, they more than make up for it in arrogance. US Attorneys General take aim at climate science dissidents So vulnerable, flawed, and under fire has climate science and other fields become that the only tactic left to defend the disintegrating positions is to use Stalinist measures […]

Share this…FacebookTwitterFellow climate blogger Robin Pittwood at the New Zealand-based Kiwi Thinker here brings us up-to-date on how the current 2011 – 2020 decade is doing temperature-wise. Many readers are aware of a climate bet made with alarmists Rob Honeycutt and Mr. Know-it-all, Dana Nuccitelli. The skeptics bet the current decade would be cooler or […]

Share this…FacebookTwitterIf you’re looking for an outstanding, powerful analogue that shows the likely future fate of climate science, Ian Leslie (of the Guardian, no less!) has it here. Hat-tip: Mikky The high carb, low-fat science is crumbling with ever accelerating speed and in spectacular fashion. And because climate science was established in the very same way, […]